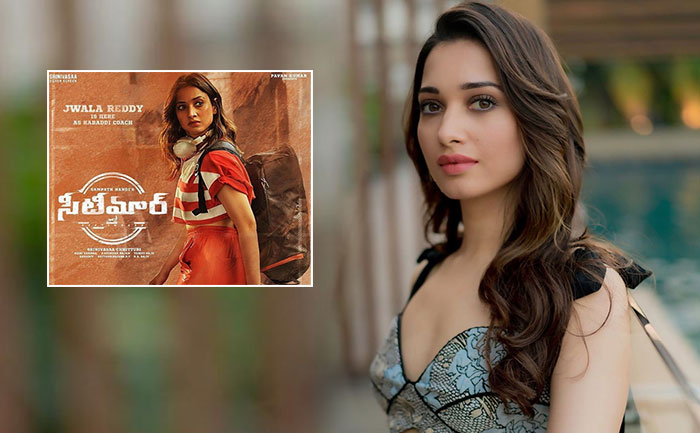 In the first look poster, Tamannaah is dressed in an orange outfit sporting a headphone around her neck, along with a bag pack on her shoulders. The expression on her face is fierce. The character essayed by the talented actress will be coaching some young players in the sport.

Her look is viral on social media with fans and friends appreciating it.

Seeti Maarr is touted to be one of the most-anticipated movies of the year. The movie also features Digangana Suryavanshi and Bhumika Chawla in pivotal roles. The forthcoming movie is bankrolled by Srinivasaa Silver Screen.

Tamannaah will soon be seen in ‘Mahalakshmi’, an official remake of Kangana Ranaut’s Queen (2014). She also has Shamas Nawab Siddiqui’s ‘Bole Chudiyan’ co-starring Nawazuddin Siddiqui. Rumours abound that Tamannaah will soon make her digital debut in a Tamil web series that is tentatively titled ‘The November Story’.