Sonakshi Sinha Supports Shatrughan Sinha On Quitting BJP; Says, “Should Have Done It Long Ago”

Sonakshi Sinha On Father Quitting BJP: "Should Have Done It Long Ago" 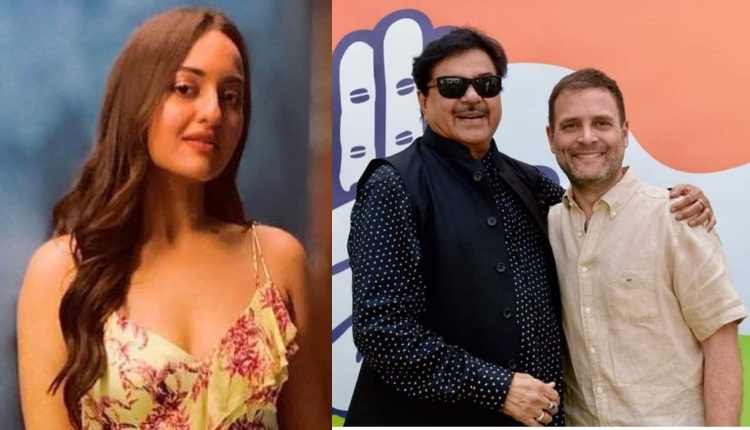 Bollywood diva Sonakshi Sinha seems to have supported her father Shatrughan Sinha’s decision of quitting Bharatiya Janata Party(BJP). Earlier, there were reports doing the rounds on social media that Member of Parliament Shatrughan Sinha will join the grand old party Congress, which is currently led by Rahul Gandhi. Shatrughan Sinha took to Twitter on March 28 and made it clear that he quit BJP and going to join Congress.

Reacting to her father’s big decision, Sonakshi Sinha said at HT India’s Most Stylish 2019 Awards, “I think he should have done that long ago. He hadn’t been getting the respect he deserved.”

“Being a party member from the beginning from the time of JP Narayan ji, Atal ji and Advani ji, my father has a lot of respect within the party and I feel the entire group has not been given the respect they deserve. I think he has done it a bit too late, and he should’ve done it long back,” Sonakshi Sinha was quoted as saying by the news agency ANI.

“I think if you are not happy with how things are going on around you, you should not shy away from change. That’s what he did,” Sonakshi added.

It is to be noted that the announcement of quitting BJP came after when Shatrughan Sinha met Congress President Rahul Gandhi on Thursday in New Delhi and BJP declared Union Minister Ravi Shankar Prasad as the party’s candidate from Bihar’s Patna Sahib, which is Shatrughan’s constituency for 10 years.

The actor-turned-politician took to Twitter on Thursday and wrote: “Painfully….on the way out of BJP….But hopefully in the best direction under the dynamic leadership of my dear friend Lalu Yadav and the desirable, most talked about leader from the Nehru Gandhi family… the true family of nation builders….”

In another tweet on March 28, he shared pictures of him with Rahul Gandhi and called him the Nehru family a true nation builder.