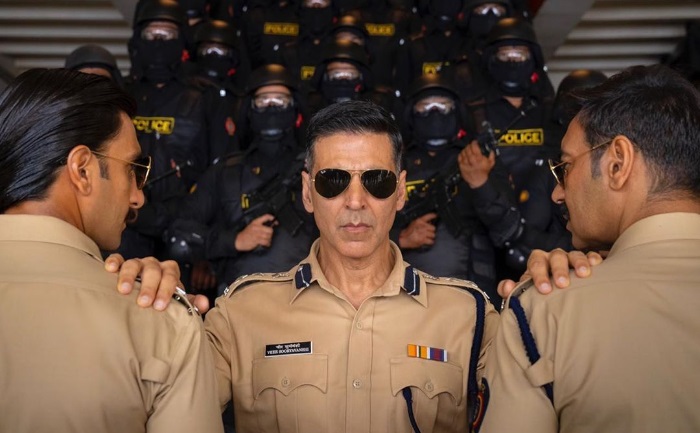 Today, the makers have announced the new release date of the cop drama. Sooryavanshi, which was earlier slated to release on March 27, will now hit the screens on March 24.

Akshay Kumar shared the news with a video that also features Ranveer and Ajay Devgn. He wrote, Ain’t no time for crime ‘coz Aa Rahi Hai Police!🚨🚔👊🏻#Sooryavanshi releasing worldwide on 24th March.

The video starts off with a bunch of kids waking up Ranveer Singh showing a piece of paper with 24th March written on it. A sleepy Ranveer says “Let’s show it to Singham’ and then, the kids go up to Ajay Devgn. He says that let’s finalize the date and show the same to Sooryavanshi aka Akshay Kumar.