Here's how to watch and download Hotstar's Special OPS season 1. 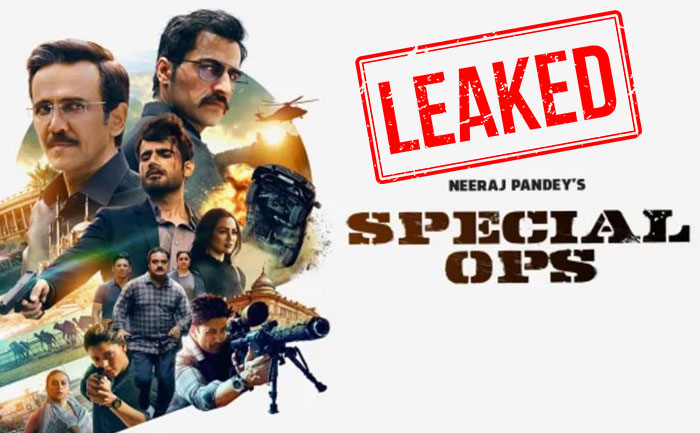 Tamilrockers and Movierulz website — which are known for leaking all the latest movies for free download — have leaked HD print of Hotstar’s Special OPS on their site for illegal download. The espionage thriller is created by Neeraj Pandey.

According to a report Republic World, all the episodes of Special OPS are available on Tamilrockers and Movierulz for free download. If the makers of the series failed to remove HD version of Special OPS from all the illegal websites, they will have to suffer a huge loss.

All episodes of Special Ops might be available on Tamilrockers and Movierulz but we as a respected media organisation urge you to watch it on Hotstar instead of any illegal platform.

What Hotstar’s OPS is all about?

Special OPS is one of the much-awaited action thriller web series of Hotstar. The story of Special OPS revolves around an official of the Research and Analysis Wing Himmat Singh (Menon) breaking down the occurrence of a terrorist attack and figuring out what the following sequence of events is expected to be.

Himmat Singh’s task force team of five agents living in various parts of the world aim to catch the mastermind. The story is based on an inspiration taken from nineteen years worth of nationally significant events. Directed by Neeraj Panday, Special OPS stars Kay Kay Menon in the lead role.

How to watch online and download Hotstar’s Special OPS?

The much-awaited web series Special OPS season 1 is now streaming on Hotstar. First of all, you must know that only Hotstar’s Premium users can watch and download Special OPS Season 1 as it is Hotstar’s exclusive series. Yes, this web series is not available on any other OTT platform such as Netflix, Amazon Prime Video and others.

In order to watch Special OPS, what all you have to do is to sign up to Hotstar. If you have already subscribed Amazon, you can watch it on Hotstar, but if you do not have its subscription, you will have to buy its subscription which comes for 365 days at Rs 365.

The multi-starrer web series Special OPS was expected to be hit as theatres and multiplex throughout the country remain shut down due to Coronvirus Pandemic. Yes, people have been staying indoors in order to prevent themselves from getting infected by the COVID-19.

During their self-quarantine, watching movies and TV shows are the best option to keep themselves entertained. Taking advantage of the situation, Hotstar dropped Special OPS on March 17 but unfortunately, all episodes of the series have been leaked by torrent websites like Tamilrockers, Movierulz and Filmywap.

Here’s why you should not download Special OPS from Tamilrockers & Movierulz?