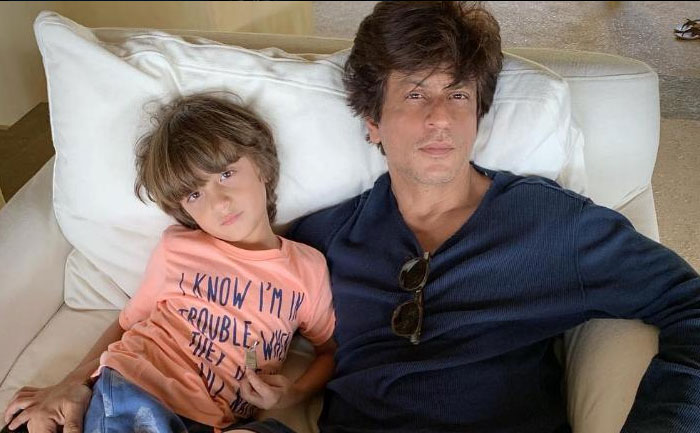 Superstar Shah Rukh Khan is close to his three children Aryan Khan, Suhana Khan and AbRam Khan. The doting father loves to spend time with his family and also keeps his fans updated about them. Recently the Badshah took to his Instagram handle to share a picture of his youngest son AbRam who is following the footsteps of his siblings.

Keeping up the tradition of Tae ‘Khan’ Doh in the family, the latest entrant to the Kiran Teacher ( @care141 )Fight Club. Yellow belt it is…

In the picture we can see AbRam dressed up as a taekwondo fighter, wearing a yellow belt. SRK the proud father shared that his son is following the footsteps of his brother and sister and has also won a Yellow belt in Taekwondo. King Khan also shared throwback pics of Suhana and Aryan, in which the two can be seen taking taekwondo classes while they were young.

Abram has trained at Kiran Teacher Fight Club the same as Aryan and Suhana.

Look who surprised us today ..my most fav father son duo😘🤗💪#taekwondochamps

Kiran is close to the Khan kids and never misses a chance to wish them. On Suhana’s birthday this year, she shared a picture of herself with the soon-to-be star.

She did the same on Aryan’s birthday:

Shah Rukh married Gauri in 1991. They had their first child – Aryan – in 1997 and daughter Suhana in 2000. In 2013, they became parents of a third child – AbRam – who was born through a surrogate mother. Aryan is currently studying at the University of Southern California and has another year and a half of film school left. Suhana, on the other hand, will soon start going to Tisch School Of The Arts in New York.