Kylie Jenner and daughter Stormi revealed whether she is daddy's little girl or Mommy's princess on Ellen's show. Check it out 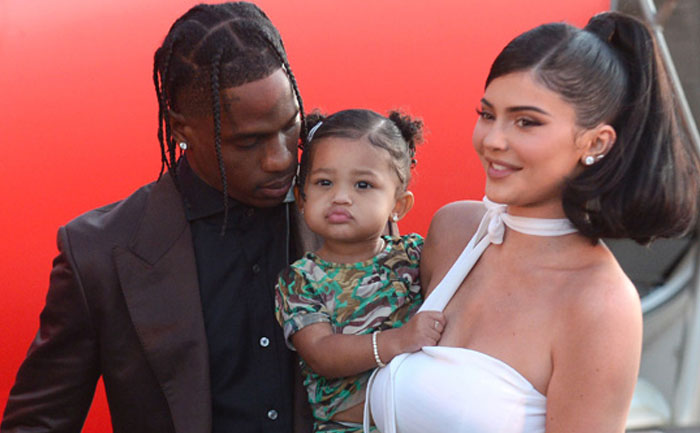 Kylie Jenner and Stormi Webster recently appeared on Ellen DeGeneres’ talk show, where they made some startling revelation about their personal life. The 1-and-a-half-year-old Stormi Webster was a show-stealer and also helped her mom giving answers to some “Burning Questions”.

Stormi was sitting in her mom’s lap and was seen pressing the buzzer button non-stop throughout the game.

During the show, Kylie Jenner asked daughter Stormi, “Who loves you the most?” and she immediately said, “Daddy,” the Keeping Up with the Kardashians Kylie laughed, shaking her head, “Every time!”  Kylie also revealed, “When him and Stormi play together, it’s the most funny thing ever. They scream and they yell, and he makes her fly all over the house. They have so much fun together.”

a love without limits ✨

Kylie revealed that “he takes a shower, in the morning usually, and he smells like fresh shower, and fresh cologne,” she added, “Wait, he also smells like weed a lot, when asked her about how Travis Scott smells like.”

Kylie also revealed about her biggest fear is,  “Dust in a cup.”

“I don’t know why,” Jenner admitted. “One of my pet peeves is when there’s a lot of dust in a cup and then I think it’s, like, getting in my system.”

While speaking to Ellen DeGeneres on “The Ellen Show”, the reality star revealed that Stormi is a “perfect mixture” of her and Travis Scott. While Kris Jenner said, “She is like a little Kylie. It’s really wild. It’s like, sometimes she looks at you and you think, I have to remind myself, ‘No, that’s my granddaughter, not Kylie.’ For two seconds, it catches me off-guard.”

Check out Kylie Jenner answering some burning questions in the video below: