Sushant Singh Rajput to take his relationship with girlfriend Rhea Chakraborty to the next level. 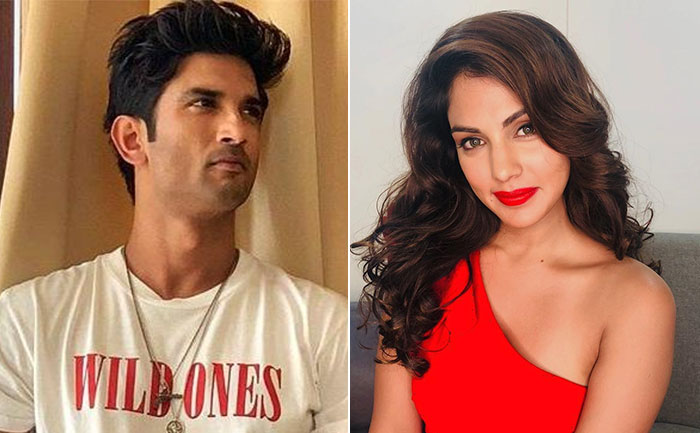 Sushant Singh Rajput and Rhea Chakraborty’s dating rumors are spreading like wildfire at the moment. The madly in love couple was spotted together on numerous occasions but they have not confirmed dating each other. As per the latest buzz, Sushant and Rhea are taking their relationship quite seriously and considering to take it to the next level by getting married.

During an interaction with Man’s World, Sushant was asked if he is seeing someone, he stated, “I’m seeing many. Oh, you mean it as a metaphor? I’m not allowed to say.”  When asked why, he replied, “It’s not that someone else is saying that I’m not allowed to say it. I cannot allow myself to say anything.”

In a recent interview with BollywoodLife, when Sushant was asked about his relationship with Rhea Chakroborty, Sushant said, “Right now, it’s not right to say. People shouldn’t start talking about things in a nascent stage as if they are very sure of it. Why do that?”

“If you ask me any question that has to do with me, I can say it. If I was seeing somebody, I’d have to ask that somebody.” Sushant added.

According to a report in Mumbai Mirror, it states that after a year of dating Rhea, Sushant wants to propose her. He wants to put an end to his ‘playboy image’ and get settled down while the actress does not seem to be on the same page just yet, she would like to take the time of her own to give her answer to him.
Sushant was previously linked to Kriti Sanon, who was as per reports the reason why the actor split with her long-time girlfriend Ankita Lokhande, whom he met during the show Pavitra Rishta.
On the work front, Sushant Singh will be seen sharing the screen space with Shraddha Kapoor and Varun Sharma in Chhichhore. The film is scheduled to hit the theatres on 30th August 2019.  On the other hand, Rhea Chakraborty, who was last seen in Jalebi, will be seen next in Rumi Jaffery’s ‘Chehre’ along with Amitabh Bachchan and Emraan Hashmi.

ALSO READ:  Varun Dhawan And Natasha Dalal To Have A Big Fat Bollywood-Style Wedding In 2020?