Why did Jethaa Lal say ‘I Love You’ to Babita? 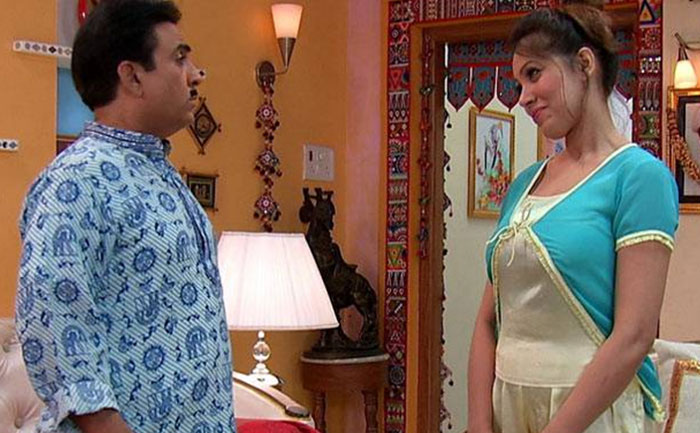 In the upcoming episode of Neela Film Productions Private Limited’s Taarak Mehta Ka Ooltah Chashmah, there is a slew of misunderstandings taking place. Since Babita was upset with Jethaa Lal for making fun of her for speaking in Bengali, she decided to never talk to him again. However, Jethaa Lal couldn’t bear the thought and decided to apologize to Babita.He explains the miscommunication and tries to clear up the situation.

Further, he also asks Babita to teach him Bengali language in a gesture to convince her that he really is sorry. Babita calms down and teaches him how to say Ami Tomar Bhalo Bhashi. Just as he repeating the line after her, Iyer walks in on them and misunderstands the whole situation. Ami Tomar Bhalo Bhashi means I love you and Iyer thinks that Jethaa Lal is saying it to Babita.

Viewers will have to wait till the next episode of Taarak Mehta to find out what happens next. Can Babita salvage the situation? Will Iyer listen? How will the conflict between him and Jethaa Lal be resolved? Tune in to find out.

Taarak Mehta Ka Ooltah Chashmah is one of India’s longest running television shows.It is produced by Neela Tele Films. It airs from Monday to Friday on SAB TV. Reruns of the show started on Sony Pal from 2 November 2015.