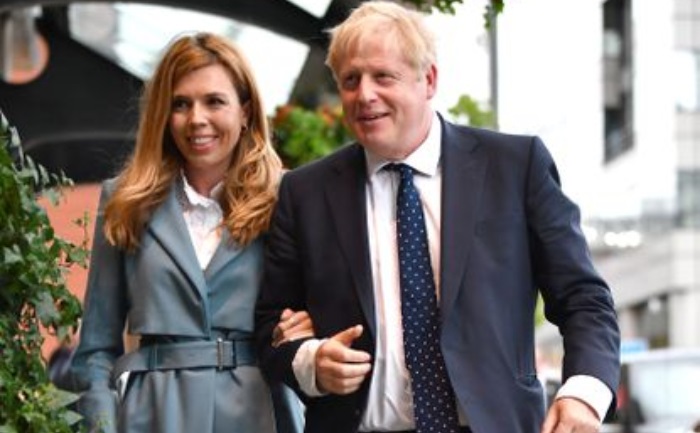 British Prime Minister Boris Johnson and his partner Carrie Symonds announced their engagement on Saturday evening. The couple added that they are expecting a baby in early summer. Twice-married Boris Johnson, who split from his wife of 26 years in 2018, has been publicly dating 31-year-old Carrie Symonds since early last year. Johnson will be the first prime minister to divorce and marry while in office.

A Downing Street spokeswoman confirmed the news to AFP without providing further comment.

As reported by Daily Mail, Symonds also shared the announcement with an intimate photo of herself and Johnson on her Instagram account, which is set to private. She wrote, “Many of you already know but for my friends that still don’t, we got engaged at the end of last year… and we’ve got a baby hatching early summer.,”

It will be Johnson’s third marriage; he first married Allegra Mostyn-Owen in 1987; it was annulled in 1993. He then married Wheeler in 1993, with whom he had four children. Johnson and his second wife, Indian-origin Marina Wheeler, are at an advanced stage of divorce.

A former Conservative Party communications chief, Symonds was first romantically linked to Johnson by the media in early 2019. But their association goes back to when she worked on his successful re-election bid as London mayor in 2012.