Is Tabu charging THIS whopping amount for Andhadhun Telugu remake? 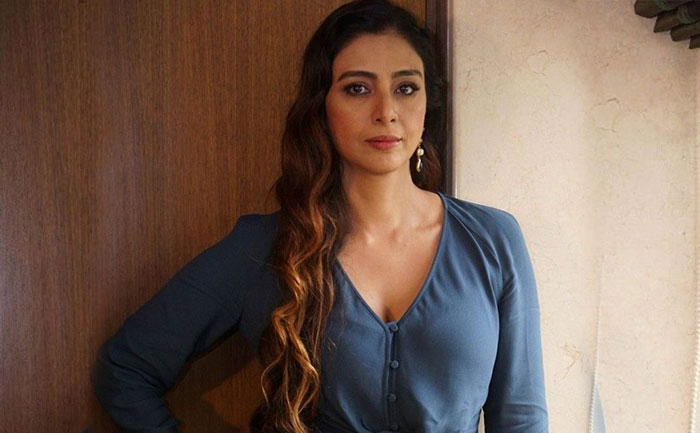 Actress Tabu has been on a roll recently. Her Telugu comeback film Ala Vaiunthapurramloo is a commercial success. Tabu has been offered many big projects since then. She had to refuse a part in Virata Parvam to continue working on Saif Ali Khan’s Jawani Jaaneman. In addition, Tabu was also offered a role in the Telugu remake of Andhadhun. The film is being directed by Merlapaka Gandhi. Actor Nithiin will be playing the lead role in the yet-to-be-titled film. The Andhadhun Telugu remake will be directed by Merlapaka Gandhi and the film will go on floors in June 2020.

Taran Adarsh had shared the news via Twitter a few days ago. He wrote, “#AndhaDhun #Telugu remake launched in #Hyderabad today… #Nithiin will reprise the role #AyushmannKhurrana had portrayed in #Hindi version… Not titled yet… Directed by Merlapaka Gandhi… Produced by N Sudhakar Reddy and Nikitha Reddy… Filming begins June 2020.”

However, according to the International Business Times, Tabu was approached for the Andhadhun Telugu remake. She played a pivotal role in the original movie which released in 2018. The makers reportedly approached her to reprise her role in the remake. An agreement could not be reached between Tabu and the Andhadun Telugu makers as the actress quoted too high a remuneration. Reports suggest that the actress had asked for a 1 crore remuneration. This led the makers to look for an alternative actress to play the role.

After much speculation, it seems like actress Anasuya Bharadwaj will be stepping into Tabu’s shoes. As per International Business Times, Anasuya has a considerably lower remuneration of Rs 10 Lakh.

ALSO READ: Tabu All Set To Make Her Digital Debut With Mira Nair