Nithya Ram tied the knot with her fiance Gautham 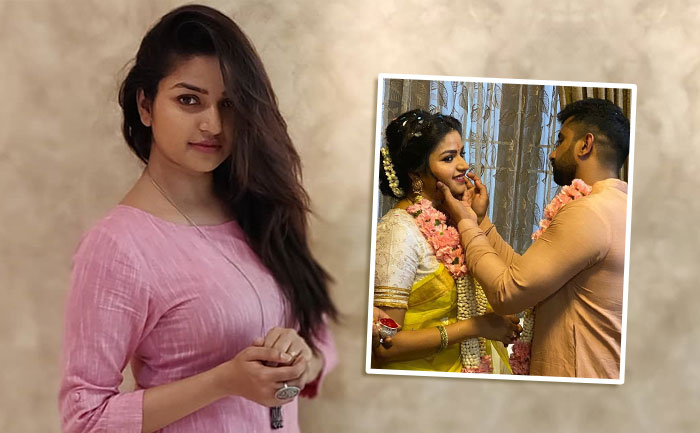 Apparently, the wedding was an intimate, private affair which was attended by the couple’s family as well as close friends. It was Nithya’s sister who gave a sneak peak of the grand festive wedding ceremonies where the newly weds were mostly a vision to behold. A noteworthy point was that Nithya and Gautham tied the knot according to the traditional Vokkaliga customs.

In fact, for her wedding day, Nitha went for golden saree with designer blouse and was looking beautiful in her best bridal look. Moreover, she finished her look with traditional bridal jewelry including necklaces, earrings, nose ring, mang tikka, kamar bandh and also red bangles.

The groom Gautham looked handsome as he donned a traditional silk veshti and shirt. Not only that, Rachita also was the one who looked ravishing in her pink coloured silk saree that she paired with beautiful traditional jewelry. Check out the wedding pictures below shared by Rachita from the wedding.

You both are such a wonderful souls☺️🤗All your dreams come true as you both begin this new journey🤗Best wishes to you both!❤️ Loads of love to you both.!❤️🤗 @gauthamn12 @nithyaraam ❤️

Furthermore, on the professional front, Nithya’s performance in supernatural thriller fiction show Nandini received appreciation from the audience. Also, the beautiful diva lately quit the show owing to her wedding. Meanwhile, the wedding that took place in Bengaluru was one grand ceremony.