Thala Ajith is currently shooting for his upcoming film Valimai. 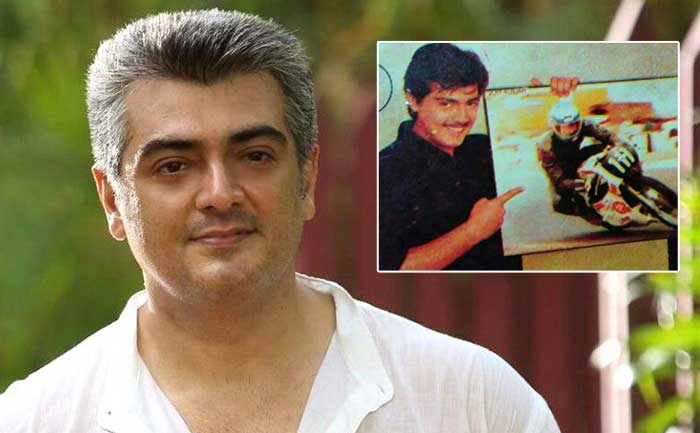 Thala Ajith is undoubtedly one of the most popular Tamil actors. The popular actor was last seen in Nerkonda Parvaai and he is currently shooting for his upcoming film, Valimai. Ajith has always been in the news for his movies and acting chops. The actor keeps himself away from the limelight but is his fans who always make him a trending topic on Google.

The fans of Thala Ajith have discovered an old picture of Viswasam actor and it has gone viral on the internet in no time. In the viral pictures, Thala Ajith can be happily seen pointing his finger to his own bike riding picture. We all know how much Ajith loves racing and that’s the reason why his fans call him the Race King.

On the professional front, Thala Ajith is currently shooting for H, Vinod’s directorial, Valimai. In the movie, he is playing the role of Super Cop. After concluding their Hyderabad schedule, Valimai team had shifted to Chennai for 3 days schedule. There are several photos and videos from the sets of Valimai made their ways on social media but fans have been eagerly waiting to see Ajith’s first look from the film. It was reported that makers have filmed Ajith’s action scenes in Hyderabad.

As per the latest report, Valimai has more than one exciting race scenes including car race and Motor race and director of the film has decided to shoot them in Europe’s picturesque location. The report also mentioned that Boney Kapoor, who is producing the film, has sent a team to Switzerland in order to get permissions for shooting the race scenes.

Produced by Boney Kapoor’s Bayview productions LLP, which had also produced Nerkonda Paarvai as well, Valimai is scheduled to hit the theatres on Diwali 2020.

Did you know Disha Patani started her acting career with THIS Telugu film?