The Conjuring 3 Release Date, Trailer, Cast, Story & Everything We Know So Far

Here's everything you should know about The Conjuring 3. 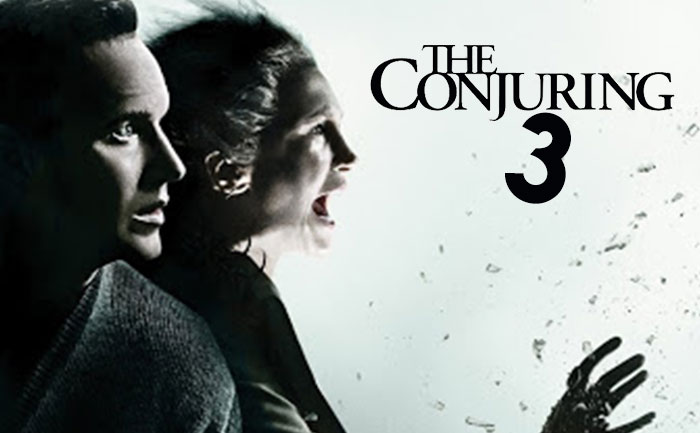 The Conjuring is one of the most popular supernatural horror films directed by James Wan and written by Chad Hayes and Carey W. Hayes. The Conjuring was released on July 19, 2013, by Warner Bros. Pictures and New Line Cinema. The film received rave reviews from both critics and audience alike.

According to reports, The Conjuring minted more than $319 million worldwide against its $20 million budget. The sequel to The Conjuring was released on June 10, 2016. Those who have watched The Conjuring 2 have been desperately waiting for the release date of The Conjuring 3 or  ‘The Conjuring: The Devil Made Me’.

In this article, we will talk about each and everything we know so far about The Conjuring 3 such as its cast, trailer, plot, story, release date and more.

What The Conjuring 3 is all about?

Touted to be an American Supernatural horror film, The Conjuring 3 or The Conjuring 3: The Devil Made Me Do It) is one of the much-anticipated horror movies of 2020. Directed by Michael Chaves and written by Johnson-McGoldrick and James Wan, it is a sequel to 2016’s The Conjuring 2, and as the eighth instalment overall in The Conjuring Universe franchise.

In 2016, Wan had said that he would not be helming The Conjuring 3 due to the scheduling conflicts with other projects. Safran confirmed that the next film would not be a haunted house movie. By June 2017, it was officially announced that a third instalment was in development, with David Leslie Johnson hired to write the screenplay.

Michael Chaves was hired to direct The Conjuring 3. Chaves had previously helmed multiple movies including The Curse of La Llorona.

The Conjuring 3 Release Date: When will it out?

The Conjuring: The Devil Made Me Do It is scheduled to be released in the United States on September 11, 2020. The third instalment of The Conjuring franchise will be distributed by Warner Bros. Pictures and New Line Cinema.

The Conjuring 3 Plot: What will happen in the next part?

As per a press release issued by Warner Bros. Pictures and New Line, “A chilling story of terror, murder and unknown evil that shocked even experienced real-life paranormal investigators Ed and Lorraine Warren. One of the most sensational cases from their files, it starts with a fight for the soul of a young boy, then takes them beyond anything they had ever seen before, to mark the first time in US history that a murder suspect would claim demonic possession as a defense.”

The Conjuring 3 Cast: Will there be any new faces?

Wan and Peter Safran are making their comeback to co-produce the project. The film is based on the Trial of Arne Cheyenne Johnson, a murder trial that took place in 1981 in Connecticut.

Is there a trailer for The Conjuring 3?