The Royal Wedding of Prince Harry and Meghan Markle that took place on May 19, was watched by billions of people around the world. The very much in love couple tied the knot at St. George’s Chapel.

Later a statement was released by the Royals thanking one and all who took part in the celebrations on Saturday.

Now the Royal have released the first official pictures of the newly weds. The three pictures include one of the happy couple and one with bridesmaids, the third is with close members of the family, including their parents and Queen Elizabeth II.

Check out the pics here: 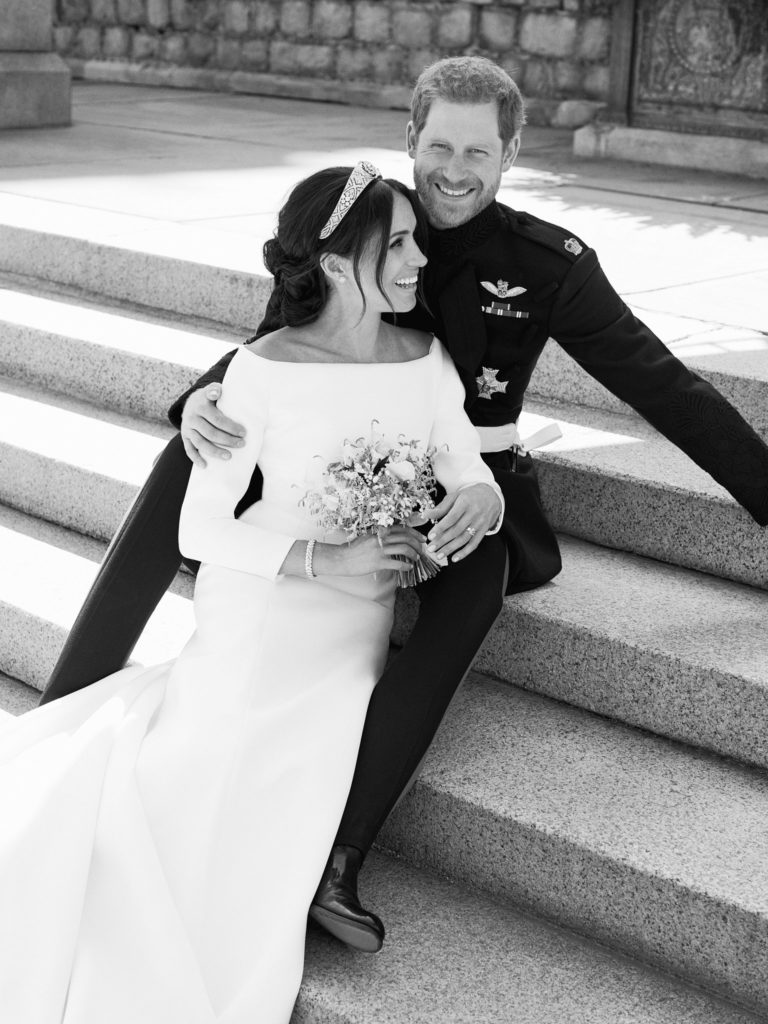 The wedding portrait of the Duke and Duchess of Sussex shows them smiling together on the east terrace of Windsor Castle. One photo shows the couple posing with members of the royal family including Queen Elizabeth, Prince Philip, Prince Harry’s brother, William—who served as best man, his wife, Kate Middleton, Duchess of Cambridge, Harry’s and William’s father, Prince Charles and his wife Camilla, and Meghan’s mother, Doria Ragland, the only member of her family who participated in the celebration. Prince George and Princess Charlotte also appear in the photo.

Kensington Palace said in a statement on Monday. “The Royal Couple feel so lucky to have been able to share their day with all those gathered in Windsor and also all those who watched the wedding on television across the UK, Commonwealth, and around the world.” the statement added

The pictures were shot at Windsor Castle after Prince Harry and Meghan Markle completed their carriage procession around Windsor city centre.