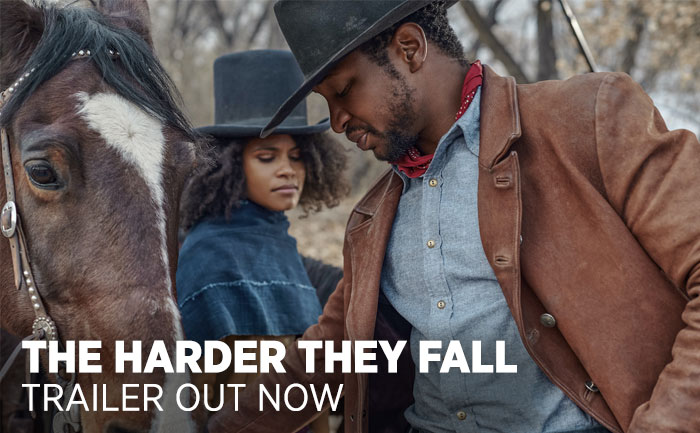 Netflix has premiered the first trailer for its upcoming Western film “The Harder They Fall,” The star-studded action-packed trailer unites Jonathan Majors, Regina King, and Idris Elba in the Netflix Western.

The trailer starts with Regina King and LaKeith Stanfield’s characters breaking Idris Elba out of imprisonment on a moving train. When outlaw Nat Love (Jonathan Majors) discovers that his enemy Rufus Buck (Idris Elba) is being released from prison. He rounds up his gang to track Rufus down and seek revenge. Those riding with him include his former love Stagecoach Mary (Zazie Beetz). Also Bill Pickett (Edi Gathegi) Jim Beckwourth (R.J. Cyler) also adversary-turned-ally. Rufus Buck. Rufus has his own crew of Trudy Smith (Regina King) and Cherokee Bill (LaKeith Stanfield).

The action-packed movie is directed by Jeymes Samuel. The project is produced by Shawn Jay-Z’ Carter, James Lassiter, Lawrence Bender, and Samuel.

Shah Rukh Khan to romance with THIS South actress for Atlee’s next?