The Walking Dead 11: Here’s How Cast Reacts to Lauren Cohan’s Return In The Series

The Walking Dead Season 11: The makers have announced that Lauren Cohan, who portrayed Maggie Greene, would be returning as a series regular. 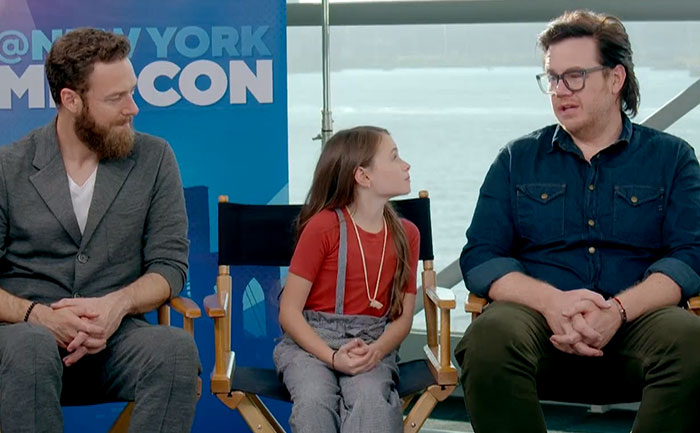 We have a piece of good news for The Walking Dead fans! The popular series has been renewed for its eleventh season. The announcement of The Walking Dead season 11 comes during Saturday’s New York Comic Con 2019. The good news is not over yet, Lauren Cohan, who portrayed one of the most popular characters, Maggie Greene, would be returning as a series regular.

According to a report in Entertainment Tonight, Ross Marquand, Cailey Fleming, Josh McDermitt and Seth Gilliam are quite excited after hearing the news of Lauren Cohan’s comeback in The Walking Dead 11.

On the other hand, the report stated that Marquand and Fleming apparently had no idea about Cohan’s return, McDermitt and Gilliam had a hunch.

While talking to ET!, Gilliam admitted that he heard a rumour of Cohan’s return in The Walking Dead. “I didn’t know she was going to be in costume in the crowd. I just knew that she was coming home at some point. I was expecting her to come from the back curtain, not from the audience,” Gilliam said.

At the event, Cohan was seen sitting in the audience section wearing a mask. When she was asked to come upon the stage many thought that it was a fan going toward the stage but they were shocked to know that it was the actress.

Having Cohan back in the series, Marquand said, “We’ve all got a chance, except Judith, to interact with [Maggie]… She brings a lot of vulnerability and a lot of heart to the show. I really want to see a resolution between her and Negan at some point. I think that’s going to be a lot of fun,” he said.

“I was really, really happy with the way that [Gurira] leaves the show,” Fleming told ET!. “I think that they did it really well and everybody did a very good job of her exit and I’m excited.”

The 10th season of The Walking Dead premieres this Sunday, October 6 at 9 p.m. on AMC.