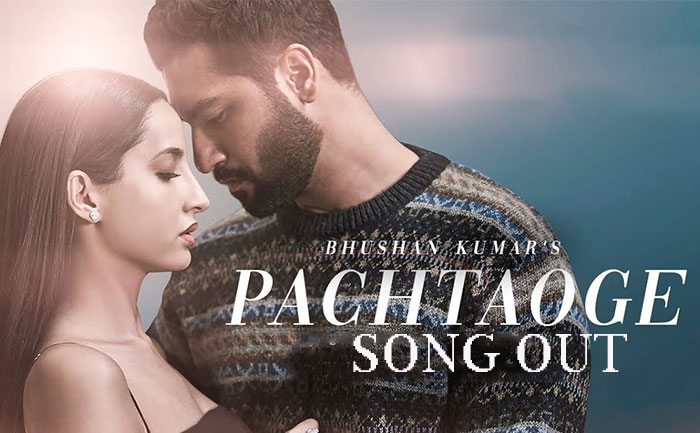 Vicky Kaushal and Nora Fatehi have come together for an Arijit single named’Pachtaoge’. The song is all about betrayal and heartbreak and who better to perform it than our URI star. Pachtaoge is composed and written by Jaani and showcases the tumultuous relationship shared by Nora and Vicky.

Check out the tragic song here:

The song showcases the betrayal of Nora, who is married to Vicky, having an extra-marital affair with actor Prabh Uppal. Nora Fatehi conspires with her lover to kill Kaushal.

It is all about Vicky’s heartbreak and how he deals with the situation. The Sanju star who is known for his acting chops will win hearts for his act as a forlorn abandoned lover.

Nora Fatehi after a smashing outing in Salman Khan starrer ‘Bharat’ was recently seen in ‘Batla House’. Her song Saki Saki went on to be a chartbuster.