Actor Vicky Kaushal and Nora Fatehi will be seen together for the first time in a new music video, titled "Pachtaoge." 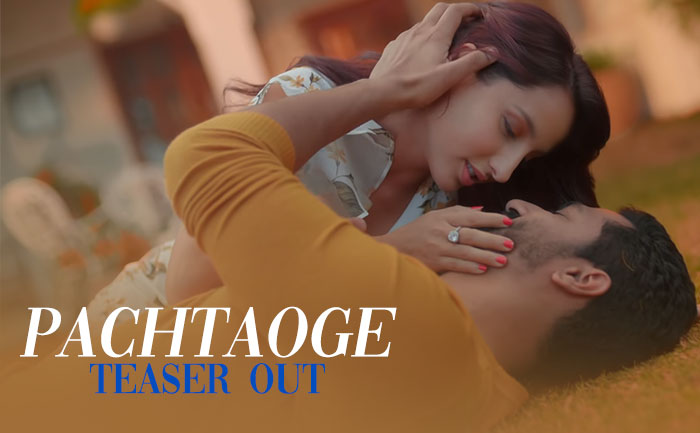 Bollywood actor Vicky Kaushal is all set to show his romantic side with Nora Fatehi in a song, “Pachtaoge”, whose teaser has been out on the internet. Notably, Vicky Kaushal and Nora Fatehi would be seen sharing the screen for the first time.

The Pachtaoge song is all about love and heartbreak that will take you through the journey of two lovers. Sung by Arijit Singh and B Praak, the teaser shows Nora and Vicky as lovers who go through different phases of a relationship.

#Pachtaoge ?… Super excited to share this beautiful song with you all soon. My first music video. Happy to have collaborated with some wonderful artists! @norafatehi @arijitsingh @bpraak @jaani777 @arvindrkhaira @bhushankumar @tseries.official

Vicky Kaushal took to his Instagram to share the poster where he is holding Nora with a tight grip. He is looking at her with an intense look. According to a report in Mumbai Mirror, the video was shot in Shimla. Director Arvindr Khaira chose the location as the song deals with love and betrayal and colonial town’s cobbled streets and European-style architecture was a natural choice. The music video shot in June this year, is a T series Production.

While an interview with Mumbai Mirror, both the actors were asked about their experience of working together. Nora said, “I’d been waiting for such opportunities as I have always wanted to be an actress.” Whereas Vicky described working with Nora as a memorable experience. He said, “She’s a person who radiates positivity and we had a lot of fun shooting with her. When I heard the song for the first time, I was hooked and played it on a loop for the longest time.”

The music video will release on August 23.

On the work front, Vicky will be seen next in Sardar Udham Singh, the film is based on the life of Udham Singh, a revolutionary freedom fighter. While Nora was a part of John Abraham’s ‘Batla House’, she will also feature in Remo D’souza’s ‘Street Dancer 3D’.