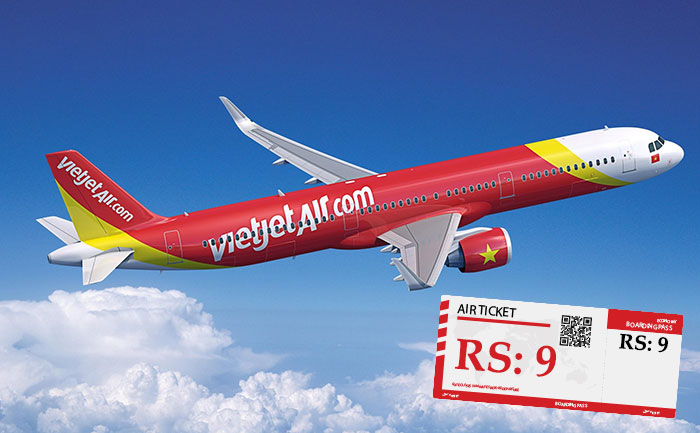 Vietnam‘s budget carrier Vietjet will start direct flight operation between India and Vietnam from December. The Ho Chi Minh- Delhi flights will be on Monday, Wednesday, Friday and Sundays. The low budget airline had hogged the limelight in 2011 with an ad featuring a crew in bikinis. The airline is run by a woman entrepreneur – VietJet Air CEO Nguyen Thi Phuong Thao who went on to become Vietnam’s first woman billionaire.

The Bikini airline has also announced special promotional fares for the two new routes under its Three Golden Days booking scheme from August 20 to 22. The airline is offering tickets priced at Rs. 9 onwards. But it is excluding the
VAT, airport fees and other surcharges. According to its post on Facebook, 8,000 seats are available under this promotional offer.

You can book your tickets for India and Vietnam flight through the website (www.vietjetair.com), mobile (m.vietjetair.com) Mobile app (Vietjet Air) or Vietjet’s Facebook Page.

In an interview to IANS, Nguyen Thanh Son, Vietjet’s Vice President said, “India is one of our priority markets and important addition to our growing network.”

At present no domestic carrier flies to the Communist nation, known for Buddhist pagodas and beaches, by the South China Sea. But now India’s biggest carrier IndiGo has also announced flights services to Vietnam that will be effective from October 3. Subject to government approvals, IndiGo will operate its non-stop daily flights between Kolkata and Hanoi, that will be operational from October, the airline had said in a statement.