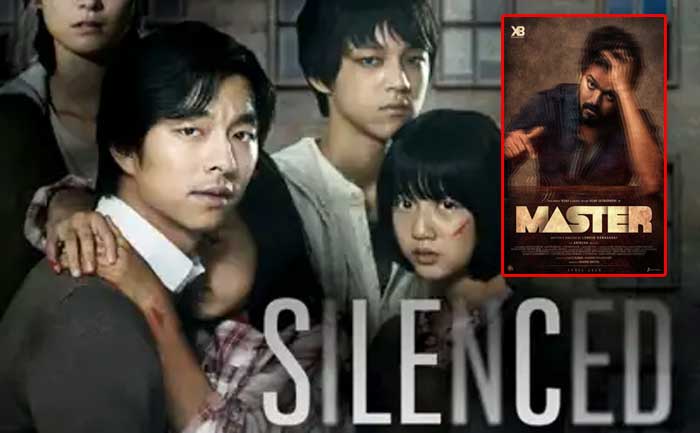 Vijay — who debuted in Tamil film industry as the lead in Naalaiya Theerpu (1992) — has now become one of the most sought after actors. After delivering dozens of super hit movies, Vijay is all set to play key role in Master directed by Lokesh Kanagaraj.

The movie has been a topic of discussion ever since the makers unleashed the first look of Vijay on New Years’ eve. There are several reports making rounds social media stating that Vijay’s upcoming movie Master is inspired by 2011 Korean film titled Silenced.

Talking about Silenced, it is a South Korean drama movie based on the novel The Crucible by Gong Ji-young. The story of Silenced revolves around events that took place at Gwangju Inhwa School for the hearing-impaired, where young deaf students were the victims of repeated sexual assaults by faculty members over a period of five years in the early 2000s.

The sexual assaults in the school continued until a new Master arrives and helps students to fight against the crime. The movie received overwhelming response in Korean and promoted the  government to take severe action against the child abusers.

When people who are close to the Master team were asked about the same they said that they were informed that Lokesh Kanagaraj has written an original story and is not inspired by any film.

The film is likely to be released in summer 2020.