Rana Dagubatti's intriguing look from Virata Parvam is out. Check it here 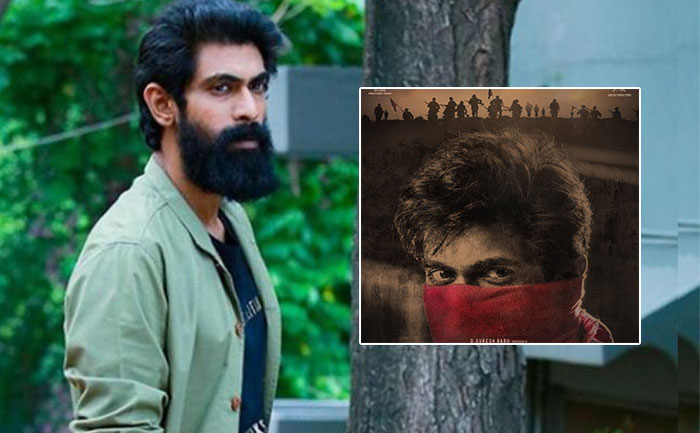 ‘Baahubali’ star Rana Daggubati is known for his versatility. The actor has been exploring new themes and scripts in Tollywood. He will soon be seen in the social drama like Viraataparvam. The actor will be sharing screen space with the talented Sai Pallavi in the movie.

On the occasion of the talented stars 35th birthday that falls on December 14. He took to his social media handle and shared an intriguing first look from the film.

Check out his first look here:

In the poster, Rana is seen with a red scarf covering his face.

Rana was to join the shoot in July 2019 but due to some ailment, he had to postpone the shoot. After being treated in the USA the actor was back to the grinding mills.

‘Virata Parvam’ will be Rana’s first film with director Venu Udugula. It is a political drama that is set in Telangana and Rana will be playing the role of a political leader. The film also features Tabu, Priyamani, Zareena Wahab and Eeshwari Rao in pivotal roles. The makers are planning to shoot in Warangal, Karimnagar, Siddipet and in Telangana and coastal Andhra Pradesh.

On the work front, Rana will also be seen in the role of Subhash Chandra Bose in his next venture 1945. The actor also has a tri-lingual film, Haathi Mere Saathi and a mythological movie titled Hiranya Kashyapa, directed by Gunasekhar.