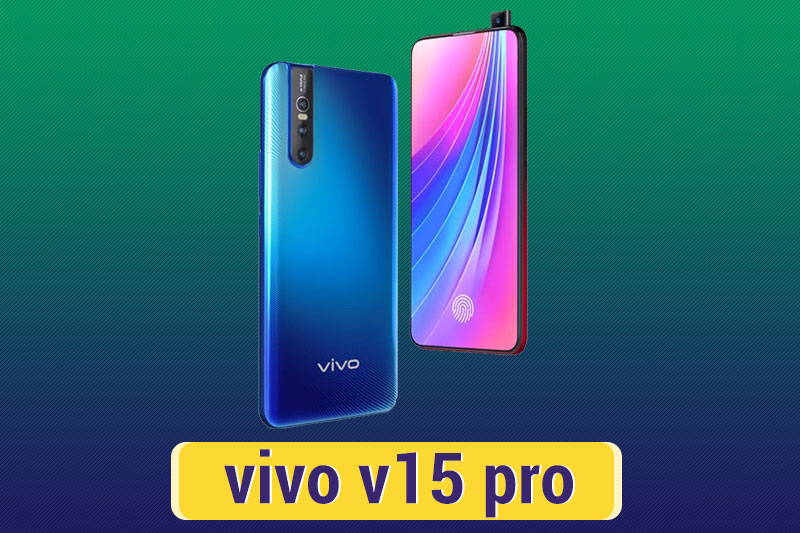 Vivo is all set to launch its new smartphones V15 or V15 pro on February 20. The Vivo’s new offering V15 and V15 will be available for purchase through Flipkart from February 20. The company claimed that Vivo 15 pro is the first smartphone to have 32 Megapixel Pop-up selfie camera. It comes with the triple camera set up at the back that could feature a 48-megapixel main camera, an 8-megapixel telephoto lens and a 5-megapixel sensor. According to the report, the camera setup is likely to be backed by artificial intelligence (AI).

According to the official website, V15 pro will have a next generation in-display fingerprint sensors. The Chinese phone maker has released a teaser of the phone launch. From the teaser, it looks the phone comes with a USB Type-C port, loudspeaker grill, and a SIM card slot on the bottom.

The teaser of Vivo 15 pro features Vivo’s brand ambassador and Bollywood actor Aamir Khan using the phone. It also shows off an “AI-powered” triple camera setup on the back of the device as well as the presence of an in-display fingerprint sensor.

The phone will be available in a gradient colour pattern underneath the glass panel, a design that is being loved by millions of people.

As we already mentioned above that Vivo is scheduled to launch the V15 Pro in India on February 20. The smartphone is expected as the successor to the V11 Pro that was launched in India in 2018, with a price of Rs. 25,990.

Style icon Jannat Zubair is the brightest star on TikTok