Home > World > Who is Kaylen Ward? Model who raised $700,000 for Australia fires with nude pics

Who is Kaylen Ward? Model who raised $700,000 for Australia fires with nude pics 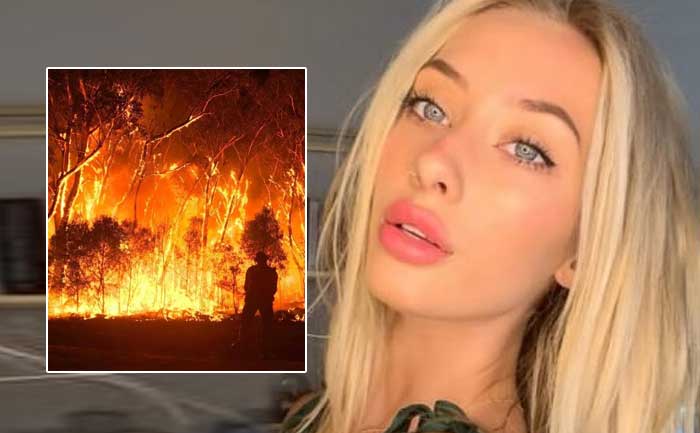 A United States model Kaylen Ward is viral on social media. The social media influencer is selling her nude photographs to raise donations for the Australian bushfire. Kaylen has managed to collect over $700K (over INR 5 crores) within 2 days. But sadly Instagram has deactivated her account.

An estimated $700K has been raised for the Australian Bush Fires in response to my tweet….
is this real life?

Kaylen, 20, whose Twitter username reads ‘The naked philanthropist’, took to Twitter on January 4 and announced that she will send nudes to every person who will donate at least $10 to fundraisers for the wildfires in Australia.

“I’m sending nudes to every person who donates at least $10 to any one of these fundraisers for the wildfires in Australia. Every $10 you donate = one nude picture from me to your DM. You must send me confirmation that you donated.”

She was soon flooded with requests from her fans and had to hire staff to help her as she couldn’t do it on her own. But her Twitter campaign soon made its way to Instagram, resulting in her being removed from the site.

My IG got deactivated, my family disowned me, and the guy I like won’t talk to me all because of that tweet. But fuck it, save the koalas.

Australia is engulfed in smoke as multiple bushfires have flared up. The massive fires have burnt nearly 5 million hectares of land and have caused the death of more 500 birds and animals. Many other celebrities too have been donating to the cause.

Hollywood celebs like Nicole Kidman her husband Keith Urban have pledged $500,000. Kylie Minogue and American singer Pink too have done the same.