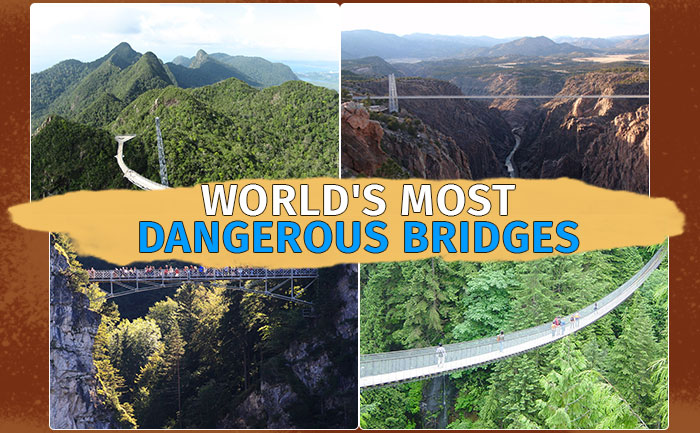 When you think of the long bridges all that comes in your mind is to witness a glimpse of the sun or to stand amidst the beauty and bounty of nature. Bridges is a place where it will always give you the best view of the nature and the solace and bliss that you desire from the bottom your heart. When it comes to crossing the bridge through unstructured way in twists and turns or zig-zag way, does it make your heart skip a beat and yet you want to go ahead into the terrifying zone? Then you have come in the right place.

Top 10 world’s most scariest bridges in the world: 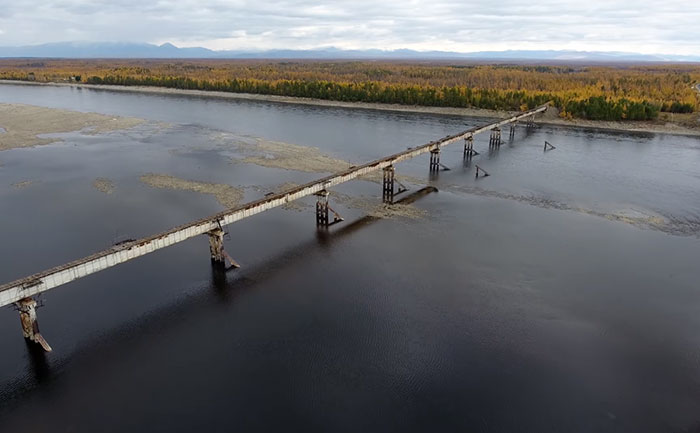 This is one scariest bridge that will make a shiver run down your spine. You would think twice before stepping on it. It is said that very few people have managed to cross this bridge and somehow survived. So what’s there which makes it life threatening? Well, basically the bridge is for most time of the year iced and in width it’s not that wide for a vehicle to pass through. Also, it doesn’t have railings. Does it freak you out? Yes, it is one bridge that could give you the shivers just thinking about it. 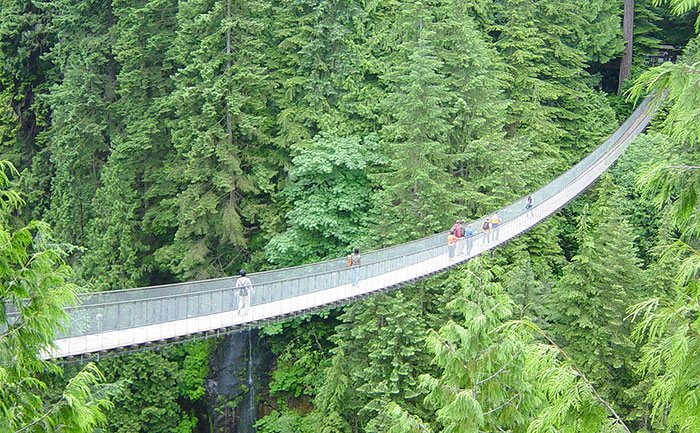 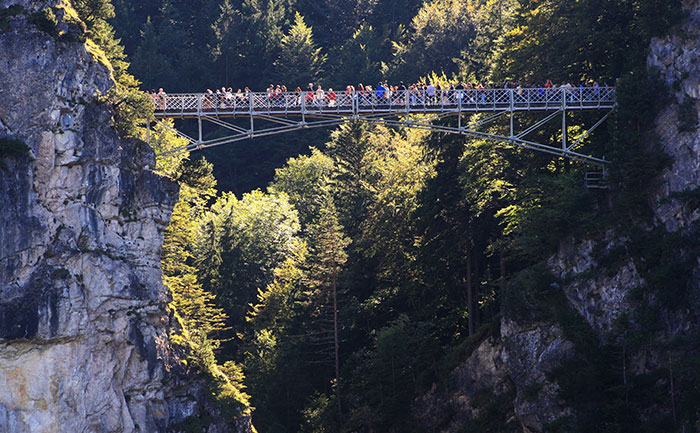 Marienbrucke bridge is one bridge that could give you shock in your life as it holds the title for the world’s most dangerous bridge. Situated in the Germany, the bridge was designed in a way to connect two cliffs to each other. The marvellous bridge is in fact constructed close to the Bavarian Alps. Imagine, the thought of it is frightening but when you’ll be there it could give you the scare you wouldn’t have thought of. 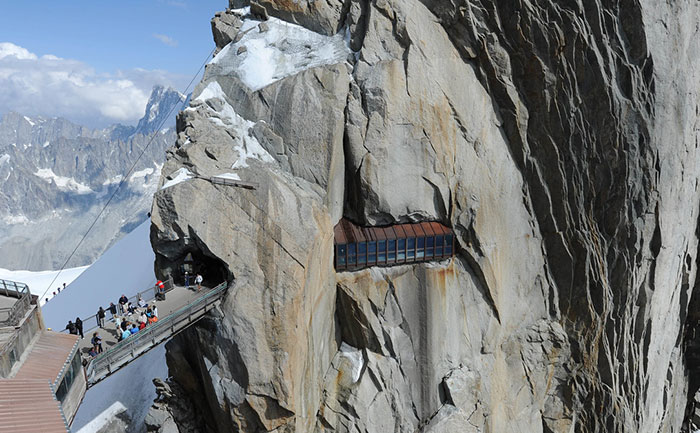 Located in France, Aiguille du Midi is one bridge that is one of the scariest bridges in the world. If you are scared of heights or have any problems related to heart, I would suggest you not to even think about visiting this place. The dangerous bridge is scariest as it is narrow and has a height of approx 12600 feet above the sea level. Just the thought of it is giving you the chills, imagine when you will be there what could happen. 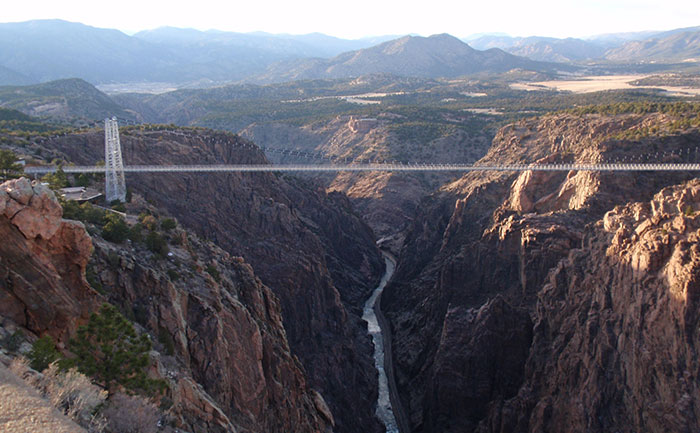 Royal Gorge Bridge is located in Canon City, Colorado. It is a tourist attraction . Interestingly, this bridge was the highest bridge in the world until the year of 2001. Later on it was surpassed by liuguanghe Bridge in China. It maybe considered as world’s most scariest bridge due to its height. 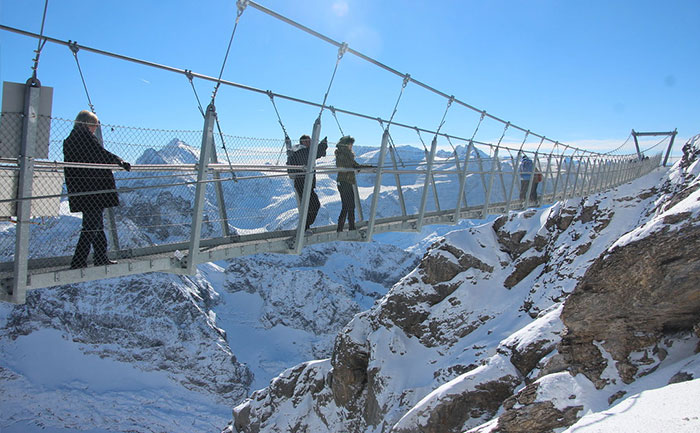 Ever wondered what it would feel like to cross a bridge at 3,238 meters which is above sea level and also with a backdrop of the Swiss Alps? Scared? You should be, otherwise you are brave if it doesn’t frighten you. The Titlis Cliff Walk Bridge is located in the Alps. It was opened in the year of 2013. Don’t worry, it is safe so you can enjoy a breathtaking view on the bridge. In the whole Europe, it is the highest elevation suspension bridge. 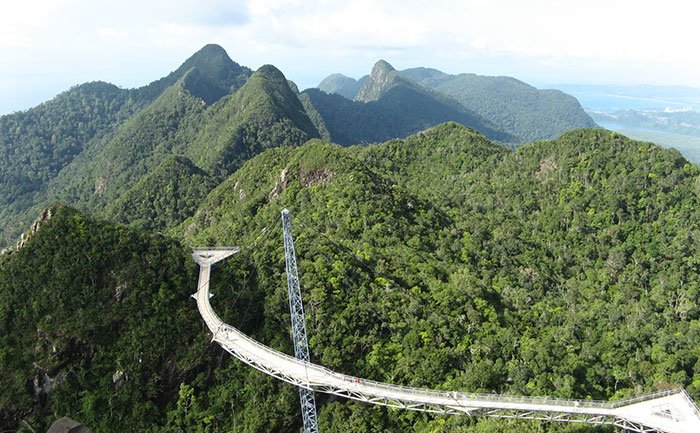 The bridge was built in the year of 2004. 700 meters above sea level it is one pedestrian bridge that is adequate and offers a spectacular view.  It was closed in 2014. However, the bridge became accessible to visitors later. The structure of the bridge ranks in world’s longest curve suspension bridge. It is one bridge that will give you the much needed thrill as you walk on it. 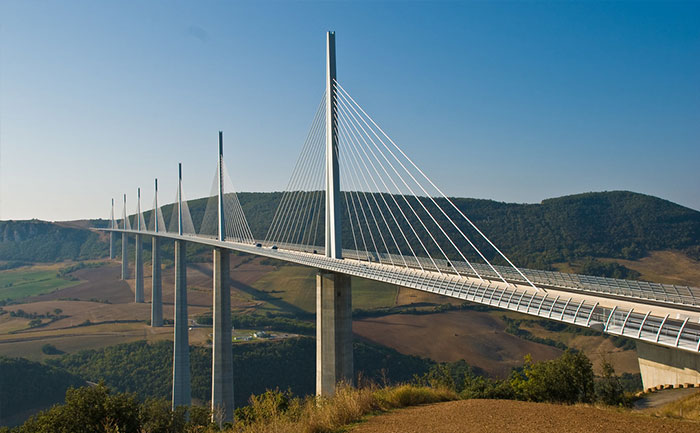 Renowned as the tallest bridge in the world, Millau Viaduct bridge stands mighty above the clouds. Also, a largest cable stayed bridge in Europe. It stands tall with a 1,125 feet above its actual base. Moreover, it crosses the Gorge Valley of Southern France stretching over 8,000 feet and 105 feet wide. The bridge is taller than Eiffel Tower. Terrifies you? Good. Why not try out and feel the exhilaration rising as you stand on the bridge. 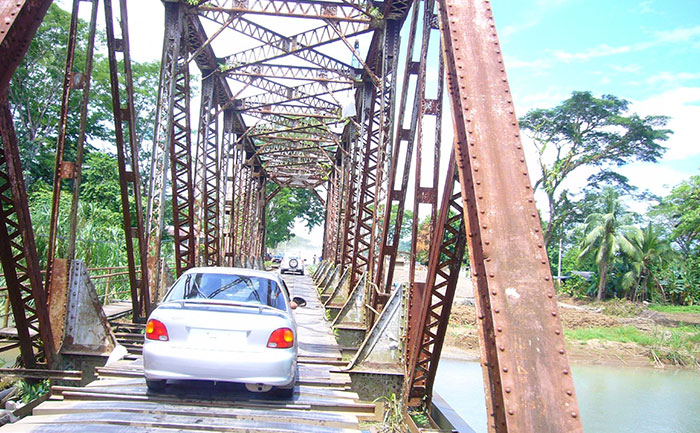 People call it as the Bridge of Death. Some call it ‘oh my god’ bridge. Regardless of the names given, this is one such bridge that if you ever cross, you need to remember that you took the risk for it and that it is now your responsibility for having stepped on it. The condition of the bridge looks like it could collapse any minute given the old, poor structure. The bridge appears like it can’t take the load of heavy vehicles but trucks cross it on daily basis and they do survive which is a wonder in itself. This bridge is definitely world’s most dangerous bridge. So before you think of trying it, be prepared for the consequences that it would bring on you. 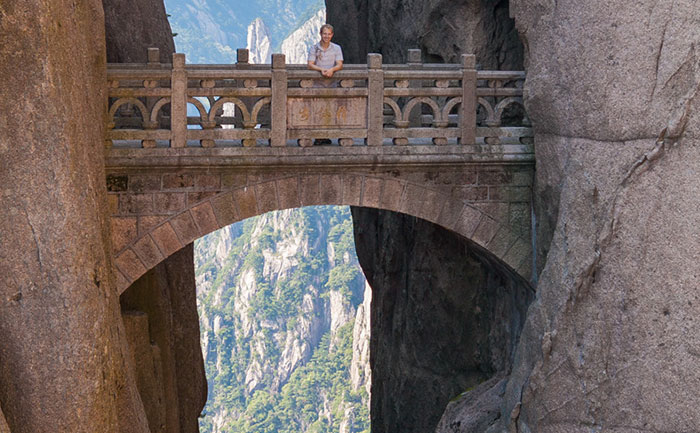 By the name of it you can feel the creepiness crawling in your skin, isn’t it? The bridge in China is the world’s highest bridge. If you are thinking to get there, you need lots of courage, bravery and adventurous spirit.If you are afraid of heights, clearly strike out the name from your list as it is not for the weak-hearted. The bridge was given this name because in the year of 1987, once local residents had to walk across over the abyss along the old, hanging path, it was then that many of the residents fell down and henceforth the bridge was named The Bridge of Immortals. The bridge is located between two giant granite peaks that will give you goosebumps. By the story it seems this is one dangerous bridge you should be wary of cautiously.

I am a part of Bigg Boss not because of my aggression: Vishal Aditya Singh

Kamya Punjabi to tie a knot with Shalabh Dang in 2020?