WWE Superstar Becky Lynch Announces That She Is Pregnant 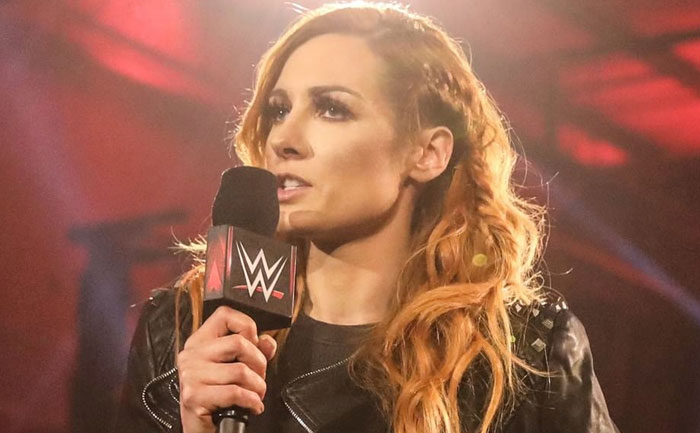 WWE RAW Women’s Champion Becky Lynch announced on this week’s RAW that she is pregnant. The WWE superstar also stated that she will be away from in-ring action for “a while”. Becky Lynch is engaged to fellow WWE superstar Seth Rollins.

“I’m torn between joy and sadness because I’m at a place in my life where things are about to change and I needed to do something about it,” she said.

Becky Lynch also told People magazine that she found out she was pregnant in April. The baby is due in December. However, Becky stated that she has not yet decided about her in-ring future.

After the announcement, The Man of WWE relinquished the RAW Women’s title. She was a champion for 398 days after defeating Ronda Rousey at WrestleMania 35 in 2019. It was the women’s main event in the long history of WrestleMania. The triple-threat match also had current NXT Women’s champion, Charlotte Flair.

Becky Lynch started her WWE career in 2013. She was a part of the Four Horsewomen alongside Charlotte Flair, Sasha Banks, and Bailey.

In addition, Lynch is also a trained actor. There have been reports that she might be making an appearance in an upcoming Marvel movie. She guest-starred on the season premiere of the Showtime series “Billions.”