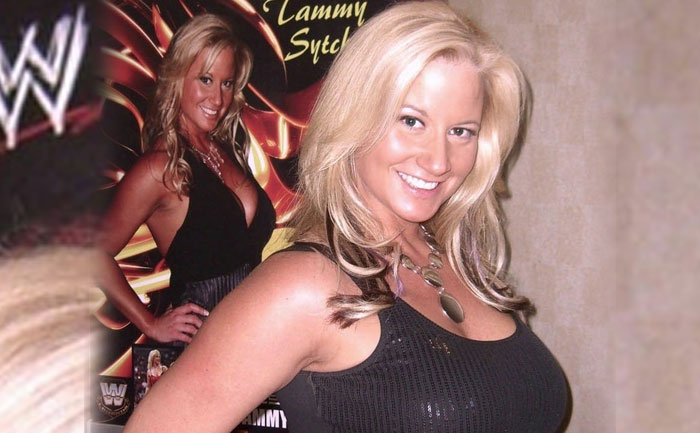 WWE Hall of Famer Sunny has reportedly been arrested for multiple offenses in New Jersey.  Sunny, whose real name is Tammy Sytch, is known as professional wrestling’s first diva.

Sunny made a name for herself in the wrestling world as a professional valet and manager. She was arrested by the Monmouth County Sheriff’s Office and booked into the county’s correctional institution in New Jersey. Her charges involved eluding a police officer, two counts of contempt or violating a domestic violence restraining order, and “operating motor vehicle during second license suspension,”.

Tammy ‘Sunny’ Sytch is scheduled to appear in the court regarding the charges in Middletown Township in Pennsylvania, Wrestling Inc. reported. She was held at the Carbon County Correctional Facility in Pennsylvania in February after being arrested for driving under the influence in Seaside Heights, New Jersey. However, she was out on parole in two days after her lawyers petitioned for her release. This is her sixth DUI charge since 2015.

Tammy Sytch competed in the WWF from 1995 to 1998. She also became a manager and a ring announcer. She was inducted into the WWE Hall of Fame in 2011. Discussing her days with the company, she told WWE, “The girls who came before me were so one dimensional and then I came along and anything they threw at me I could do,” she said. “I could get in the ring and have a match, I managed at ringside, I co-hosted TV shows, I did broadcasting, I did the modeling. I was the first one.”

This year Sunny made quite an earring from the adult website Only Fans, which releases revealing photos and videos for a monthly subscription fee.

‘Shakuntala Devi’ Trailer Out: Vidya Balan As Math Genius Inspires Us To Follow Our Dreams