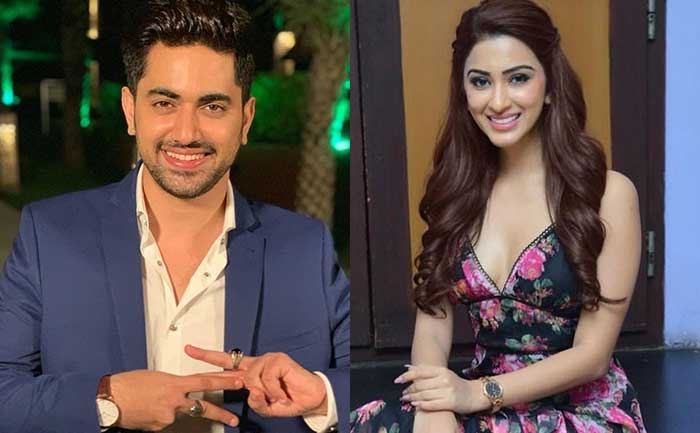 Zain Imam is an Indian TV actor, who is popularly known for his character Yuraj Luthra in Tashan-E-Ishq, Neil Khanna in Naamkarann and Kabir Mittal in Ek Bhram Sarvagun Sampanna. The handsome hunk has always been in the news for his well built physique, flawless skin and great hair.

If you look at the pictures, they all look cool and happy together. This is not the first time, Maheshwari shared photos of her partying with Zain Imam. Maheswari had recently shared series of pictures in which she was spotted having a good time with her industry friends including Zain Imam.

There are reports stating that Zain Imam and Eshanya Maheswari are currently dating each other. When Zain was asked about the same, rubbishing the rumours he told IWMBuzz, “Where does such useless stuff even come out from?”

Prior to Maheshwari, Zain was linked to a British born model and TV anchor named Eisha Acton.

On the work front, Zain was last seen in Ek Bhram…Sarvagun Sampanna while Eshanya will soon make her debut in Bollywood with Abhishek Bajaj’s film titled Kya Masti Kya Dhoom.