Home > Entertainment > Television > A Discovery Of Witches Season 2: Are fans frustrated with no release date?

A Discovery Of Witches Season 2: Are fans frustrated with no release date?

Are fans of 'A Discovery Of Witches' feeling frustrated with no release date of season 2? 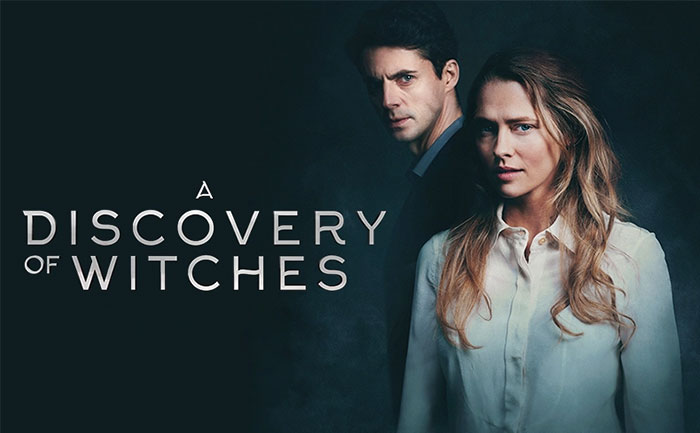 The first season of the popular British TV program ‘A Discovery Of Witches’ premiered in the UK on Sky One on September 13, 2018. It is a fantasy series based on the similarly-named novel of the “All Souls” trilogy, written by Deborah Harkness.

In A Discovery Of Witches Season 2, the protagonist named Dian Bishop will be seen playing Teresa Palmer along with Matthew Goode (Matthew Clairmont) in the second season of A Discovery of Witches. Alex Kingston and Valerie Pettiford will be back as Sarah Bishop and Emily Mather respectively.

A post shared by ADiscoveryOfWitchesTV (@adiscoveryofwitchestv) on Sep 5, 2019 at 6:00am PDT

Whereas, some familiar faces will also be seen like Line of Duty’s Aiysha Hart will return as Miriam Shephard alongside Killing Eve’s Edward Bluemel as Marcus Whitmore, The Honourable Woman’s Lindsay Duncan as Ysabeau de Clermont, The Girl King’s Malin Buska as Satu Järvinen, Game of Thrones’ Owen Teale as Peter Knox, Waking the Dead’s Trevor Eve as Gerbert D’Aurillac, and Being Human’s Gregg Chillin as Domenico Michele.

In January, director Farron Blackburn declared a wrap on filming but the most important fact many fans might not know is that the series was filming in Italy. Due to the coronavirus outbreak in Italy, the cast and crew of ‘A Discovery of Witches’ are taking precautions as well. Although the filming has been wrapped up, there is still much more to be done before the series can be telecasted.

Thus, the fans of ‘A Discovery of Witches’ will have to wait for some more time until the makers release the official date of season 2.