When Ajay Devgn Was Linked To Preity Zinta After Marrying Kajol? How He Lambasted Media

According to reports, prior to his wedding Ajay Devgn had affairs with Bollywood actresses Karisma Kapoor and Preity Zinta. 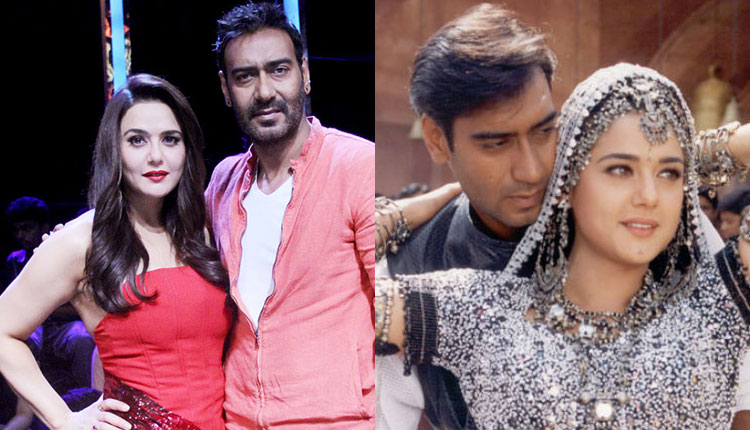 Bollywood actor Ajay Devgn who is gearing up for his upcoming comedy film ‘De De Pypar De’, recently turned 50. He might have had affairs before he tied the knot with beautiful actress Kajol but now he is regarded as one of the best husbands and doting fathers as well. In his upcoming film, he might be seen separating from his on-screen wife but in real life he has been successfully married for more than two decades.

If reports are anything to go by prior to his wedding Ajay Devgn had affairs with Bollywood actresses Karisma Kapoor and Preity Zinta. His relationship with Kajol started when they were shooting for the film Gundaraaj and they got married on 24 February 1999. The couple has one daughter whose name is Nysa and a son Yug.

When Ajay was shooting for Yeh Raaste Hain Pyaar Ke, he was romantically linked to his co-star Preity Zinta which left the Singham actor all pissed. When he was asked about the same, in an interview with Rediff Ajay told,  “I do not want to comment on my personal affairs. People talk too much – it’s really irritating me now. They jump to conclusions for no reason, without sufficient proof. I never talk about my personal life. After these rumours, I definitely do not want to comment on anything.”

Lambasting media for spreading rumours, Ajay had said,  “Preity and I are two mature individuals who happen to work together and work cordially. If people see hidden meanings between our exchanged hellos, too bad.” “I’d love to say I simply don’t care about all that is written. But these rumours make working together really awkward at one level or another.”

When he was quizzed if he is insecure of Sunny Deol, to which he had said, “Why should I be insecure? Sunny has a guest appearance in the film which is fine by me as long as the film does well. The idea is to make a good film and see that it is successful. It is fine to use all the means available. “Sunny is a cool guy. I have no reason to be bothered by what others say.”

“No, when I’m working, I leave all my fears and insecurities aside. I work only for my own satisfaction. I don’t compare myself with anyone. “Honestly speaking, I’ve got my share of adulation. People have appreciated my work. I only want to do better work. That’s the focus of my life,” he added.

On the professional front, Ajay Devgn was last seen in Simmba, in which he had a special appearance will next be seen in De De Pyaar De. The film is scheduled to hit the theatres on 17 May 2019 and it also features Rakul Preet and Tabu in the main role.