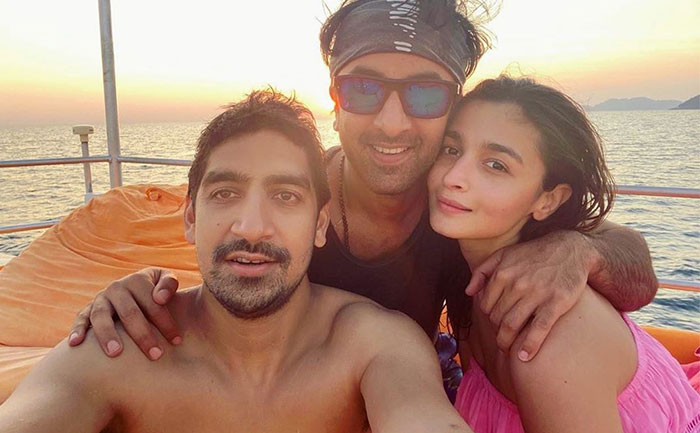 Bollywood actor Alia Bhatt is currently vacationing and having the best time of her life with actor boyfriend Ranbir Kapoor and director Ayan Mukerji. The actress shared the photo on her Instagram and we can definitely say it is the best thing on the internet today.

Take a look at the picture here

In the selfie, Ranbir looks stylish in his sunnies. Alia can be seen sporting a smile in a pink outfit and Ayan, who takes the picture poses cheerfully for the selfie. In the background, we can see the gorgeous sea and beautiful rays of the sun filling the frame.

On the work front, Alia has four releases in 2020. She will be next seen in Ayan Mukherji directed Brahmastra. The love birds will share screen space for the first time. The movie has already garnered love from the fans who are desperately waiting for the movie to release.

Alia will also be seen in Sanjay Leela Bhansali’s Gangubai Kathiawadi. The film is based on the life of Gangubai Kothewali, also known as the Madam Of Kamathipura. She is known as one of the most remembered women from the history of Mumbai. The movie will reportedly star Ajay Devgn in the lead role opposite Alia. Along with this Alia Bhatt will also star in movies like Sadak 2, Takht and RRR.