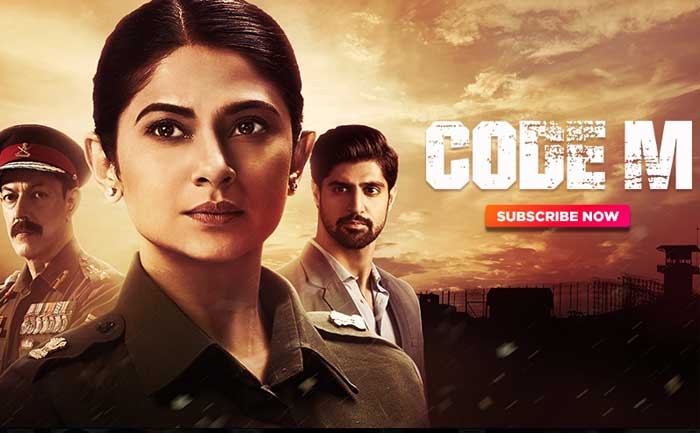 After intriguing posters, teasers and trailer, makers have finally dropped all the episodes of web series Code M on ALT Balaji. Created and produced by Juggernaut Productions for ALT Balaji and ZEE5, Code M stars Jennifer Winget, Tanuj Virwani and Rajat Kapoor in the lead roles.

The story of Code M series revolves around an Indian Army Lawyer Monica Mehra (Jennifer Winget) who discovers a conspiracy plot while investigating a military encounter case. The web series Code M is finally streaming and you can watch and download it for free.

If you have watched the trailer of Code M, you must be eagerly waiting to watch the series. In this article, we will tell you how you can watch online and download Code M web series for free.

When is Code M out on ALT Balaji?

The Jennifer Winget, Tanuj Virwani starrer web series was scheduled to be streaming on ALT Balaji on January 15, 2020 and as per the scheduled, the series is finally streaming.

How to watch and download ALT Balaji’s Code M

The much awaited web series Code M is now streaming on ALTBalaji. If you are looking for ways to watch it online and download, you all just have to do is to sign-up for a ALT Balaji account. Notably, ALTBalaji does not provide 30 days free trial anymore.

ALTBalaji has multiple subscription options If you want to share the subscription with multiple people. Yes, its three month and 1-year plan come with Rs 100 and Rs 300 allow five users to use the platform simultaneously.

Once you bought its subscription, the OTT platform will provide you an option to download Code M in HD quality for offline viewing.

How many episodes are in Code M?

The web series has 7 episodes. Each episode of Code M is almost 22 to 25 minutes long. The web series revolves around Army lawyer, Monica Mehra, who gets roped in to solve, what seems like an open and shut case, of the death of an army officer and two militant suspects, killed in an encounter.

However, as the facts unfold, she realises that the case is way more complex than what it appears to be. Will she be able to crack the code?

Is there a trailer for Code M?

Yes, the makers of the series uploaded the trailer of Code M on June 6 last year. You can watch the trailer below.

Who is in the cast of Code M?

Directed by Akshay Choubey, Code M is streaming on ALTBalaji.

Also Read: Anne With An E Season Streaming: How To Watch Online & Download From Netflix