Anil Kapoor reveals he had Achilles tendon for 10 years

Anil Kapoor recalls 10-year-struggle with 'Achilles` tendon', reveals how he recovered without surgery 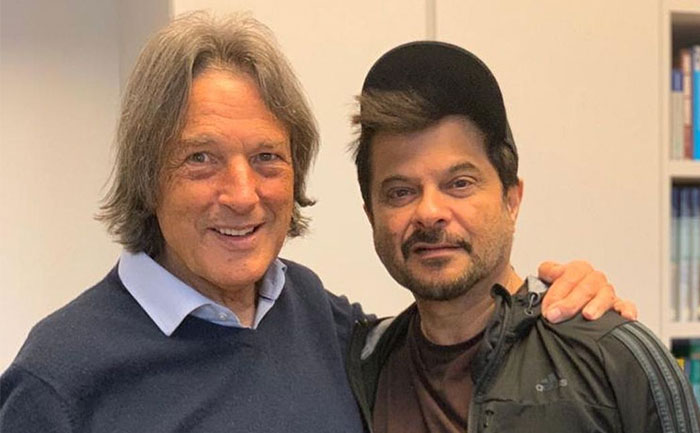 Veteran Bollywood star Anil Kapoor has been dedicatedly following fitness routine since long. The actor had shared his pictures and videos of his physical transformation during the lockdown. His pictures left fans in awe. Recently Anil Kapoor took to Instagram to reveal that he has been battling Achilles` tendon woes for 10 years.

He further revealed that the doctors had suggested surgery. But with the help of help Dr Muller’s ‘series of rejuvenating treatments’. He recovered without having to undergo a surgery.

Kapoor took to his verified Instagram account to share the story. Sharing a picture with his doctor Anil Kapoor wrote, “I had been suffering from an Achilles’ tendon issue for over 10 years… Doctors around the world had told me that surgery was my only option…Dr Muller, through a series of rejuvenating treatments, took me from limping to walking to running to finally skipping…without any surgery…”

I had been suffering from a Achilles’ tendon issue for over 10 years…. Doctors around the world had told me that surgery was my only option…Dr Muller, through a series of rejuvenating treatments took me from limping to walking to running to finally skipping…without any surgery…

Last month, the 63-year-old actor had shared a video where he can be seen sprinting on the beach. Check out his viral video here:

During the lockdown I was dreaming about the beach…dreaming of escaping…finally I get to the beach and my trainer @marcyogimead, makes me sprint…fitness always comes first…It’s not about the location but about the dedication… 📸 @marcyogimead

(Achilles tendon is a tough band of fibrous tissue that connects the calf muscles to the heel bone. When this tendon is injured, one can feel burning pain or stiffness in that part of the leg.)

On the work front, the actor will next be seen in the film AK vs AK along with Anurag Kashyap. With the reopening of theatres, Anil Kapoor’s last film Malang is all set for re-release.