Asim Riaz Collaborates With Jacqueline Fernandez For His Next Project, Watch Video 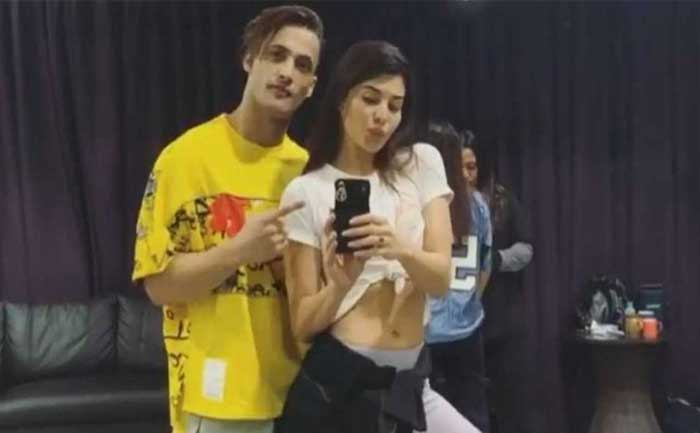 The 13th season of Bigg Boss is over and contestants are looking for an opportunity to grab people’s attention outside the house as well. A few days back, there have been reports stating that Asim Riaz will make his Bollywood debut with Karan Johar’s Student of The Year 3 opposite Suhana Khan. However, the reports were dismissed by none other than Karan Johar.

Taking to their respective social media handles, Asim and Jacqueline shared a boomerang video in which the two can be seen inside a dance studio and appear to be ready for rehearsing with each other for their upcoming project together. In the picture, Jacqueline is seen sporting athleisure while Asim donned a yellow T-shirt and grey shorts.

Check out a candid boomerang video of Asim rehearsing with Jacqueline below:

Asim Riaz may have not bagged the ‘Bigg Boss 13’ trophy but he surely did win a lot of hearts. Soon after his exit, the model-turned-actor has been flooded with offers and an extensive fan following. Recently, a video of Asim went viral where his car was chased by two youngsters.

In the viral video, two of his young fans can be seen chasing Asim Riaz on a bike, as the actor’s car passed by the street, he stopped his car and interacted with the duo. He even posed with them for photos which left them completely starstruck.