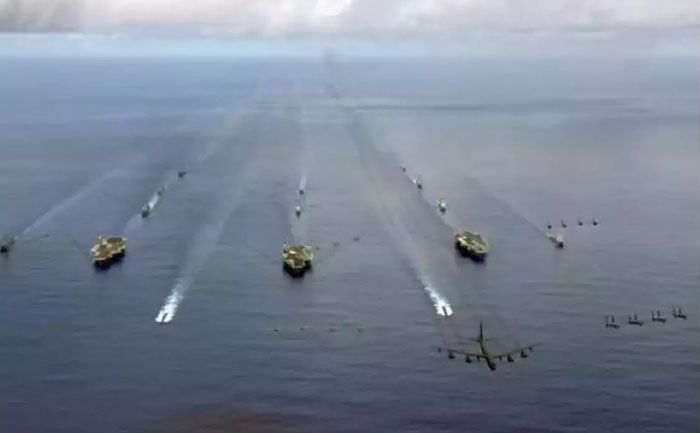 In a historic development UK, the US and Australia have forged an alliance. The countries have announced a trilateral security partnership called AUKUS. It will help Australia to deploy nuclear-powered submarines in the Indo-Pacific. The move is a major challenge to China and its claims in the region.

President Joe Biden announced on Wednesday that the United States is forming a new Indo-Pacific security alliance with Britain and Australia. He added that the partnership will allow for greater sharing of defence capabilities. It will also help equip Australia with nuclear-powered submarines.

The leaders also made it clear that the new alliance does not outrank existing arrangements in the Indo-Pacific region such as the Quad. It has US and Australia form an alliance with India and Japan, and ASEAN, They added that it will compliment these groups.

Though none of the three leaders mentioned China, the new security alliance is likely to be seen as a provocative move by the Chinese. The Chinese embassy in Washington reacted by accusing the countries of a “Cold War mentality and ideological prejudice”.

The announcement comes amid growing competition between Beijing and Washington and its allies in the Asia Pacific. The Western democracies have all expressed concerns about China’s growing military assertiveness. Western nations have been wary of China’s infrastructure investment on Pacific islands. They have also criticised China’s trade sanctions against countries like Australia.