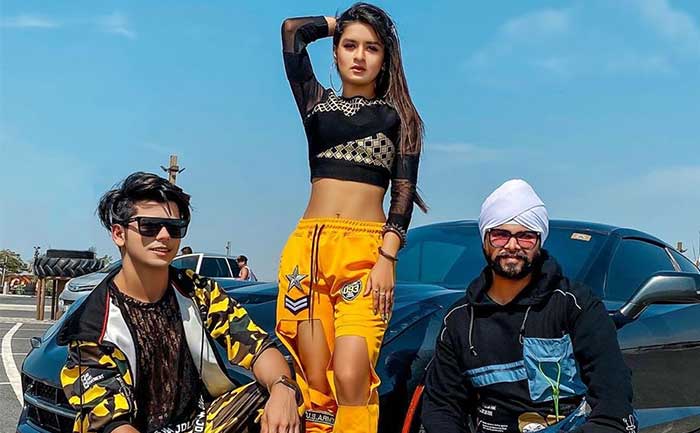 Popular TV pair Avneet Kaur and Siddharth Nigam, who have been featured in multiple music videos, are all set to shoot a new song together. Avneet and Sidharth Nigam’s previous music video titled ‘Attachment’ has received good reviews from the audience as it has garnered over 8 million views on YouTube.

The romantic track ‘Attachment’ was sung by Ravneet Singh and penned and directed by Raadhi and Abhishek Nigam respectively.

Taking to Instagram Avneet Kaur posted a picture from Dubai featuring Siddharth Nigam and an Indian playback singer and music composer Ramji Gulati. Looking at the picture, the trio is all set to showcase their killer chemistry in a new song.

Avneet Kaur and Siddharth Nigam are loved by their fans as Yasmine and Aladdin in popular TV show Aladdin – Naam Toh Suna Hi Hoga. There have been reports doing the rounds on social media that they both are allegedly dating each other in real life.

The dating rumours began to take rounds ever since they started working together in the action-fantasy show Aladdin- Naam Toh Suna Hoga. The show airs Monday to Friday on SONY SAB at 9 pm.

Prior to shooting a music video with Avneet and Siddharth Nigam, Ramji Gulati had worked with other TikTok stars such as Mr Faisu and Jannat Zubair. Yes, Jannat and Mr Faisu’s music videos titled Frooty Lagdi Hai and Tere Bin Kive featured Ramji Gulati as well. Not Faisu, THIS TV Actor is Jannat Zubair’s Lucky Charm

The song Frooty Lagdi Hai seems to be a funny and interesting take on a relationship between two people. While some people might say that, there are certain aspects of pop music these days that makes it very repetitive and almost monotonous to listen to.