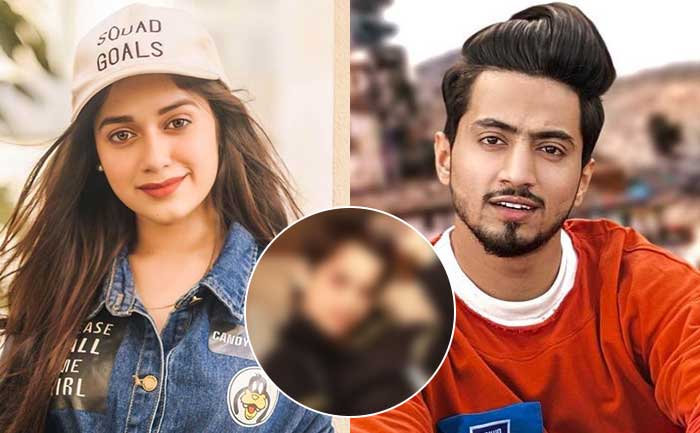 Jannat Zubair Rahmani might just be a few TV shows old but she has very successfully proved her mettle in the industry. Jannat Zubair is also quite popular on Instagram and TikTok where she commands a huge fan following now.

In an interview, when Jannat was asked to reveal her lucky charm, she named none other than her brother, Ayaan Zubair. When you look at her Instagram timeline, it is filled with videos and photos featuring the sister-brother duo.

Jannat Zubair has recently taken to Instagram and shared a video in which Jannat and Mr Faisu are seen arguing with each other. Soon, Mr Faisu loses his cool and tries to raise his hand on Phulwa actress.

The moment Mr Faisu attempts to raise his hand on Jannat, Ayaan comes to Jannat’s rescue and slaps him. This is not the only video, which featured the trio, there are plenty of videos you will find on Instagram and TikTok.

There have been reports doing the rounds on social media claiming that Jannat Zubair and Mr. Faisu are dating each other. However, the duo seems to be avoiding the rumors and continues to entertain us with funny, interesting and inspiring videos on Instagram and TikTok.

Doesn’t Ayaan look like a protective brother? What are your views on the video? Let us know your thoughts in the video.