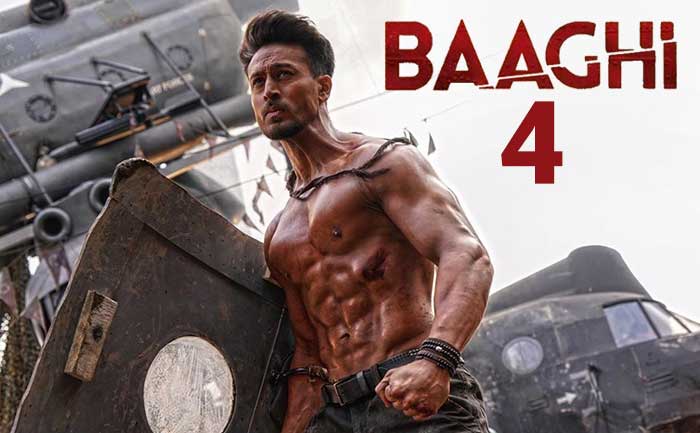 Bollywood’s new age hunk actor Tiger Shroff was last seen in action flick War. The movie that also featured Hrithik Roshan went on to garner much love from fans. Tiger’s latest venture Baaghi 3 has hit the screens today and is being loved by fans. The action and Tiger’s fierce look in the film has left impressed.

Days before the third instalment of his hit franchise Baaghi hit the theatre, Tiger had shared a video that has created a buzz on social media. The action-packed video is simply titled Baaghi 4 accompanied by multiple emojis.

It is a TikTok video shared by the ‘Heropanti’ actor which shows a group of young boys re-enacting the action sequels from the trailer of ‘Baaghi 3’.

Baaghi 3 is produced by Sajid Nadiadwala and directed by Ahmed Khan. It has Shraddha Kapoor as the female lead. This is Shraddha and Tiger’s second collaboration together. They were first seen in Baaghi. The movie also features Riteish Deshmukh in a pivotal role.

On the work front, Tiger Shroff will soon be seen in the sequel of his debut film Heropanti. The actor had shared the first look poster and fans just could not keep calm.

Tiger wrote, “This one is so special to me. Blessed and grateful to be carrying forward another franchise with my mentor Sajid sir forward. #Heropanti2 #firstbaby.”

This one is so special to me. Blessed and grateful to be carrying forward another franchise with my mentor sajid sir forward. #Heropanti2 #firstbaby#SajidNadiadwala @khan_ahmedasas @WardaNadiadwala @NGEMovies pic.twitter.com/NYi4pLoBpr

He also has Rambo in his kitty.