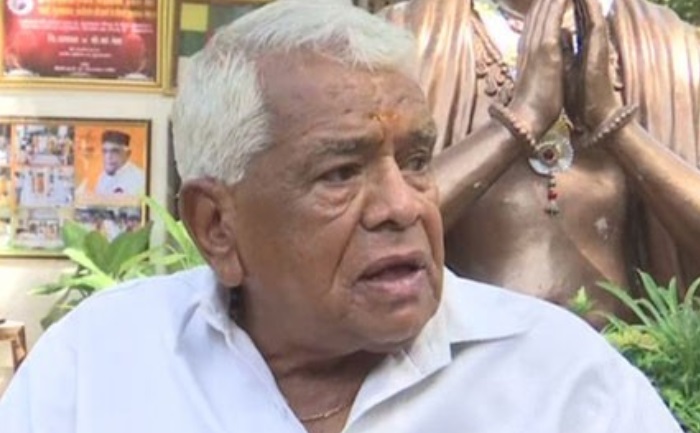 Former Madhya Pradesh chief minister and senior BJP leader Babulal Gaur passed away this morning at a private hospital in Bhopal after a prolonged illness. The 89-year-old veteran BJP leader died due to cardiac arrest at Narmada Hospital in Bhopal. The news was shared by Dr Rajesh Sharma told news agency Press Trust of India.

Babulal Gaur was suffering from various old-age related ailments and was hospitalised for quite some time. He was admitted to a hospital last week after his blood pressure dropped and since then he was in a critical condition. The 89-year-old BJP leader was put on a ventilator at the Narmada Hospital here.

Prime Minister Narendra Modi tweeted his condolence on the demise of the senior leader.

Shri Babulal Gaur Ji served people for decades. From Jana Sangh days, he worked constantly to strengthen our Party. As Minister and CM of Madhya Pradesh he undertook many efforts to transform the state. Saddened by his demise. Condolences to his family and supporters. Om Shanti.

Born on June 2, 1930, at Pratapgarh in Uttar Pradesh, Babulal Gaur emerged as a powerful and popular leader in Madhya Pradesh initially as a trade union leader and later as an MLA. The veteran BJP leader served as Madhya Pradesh chief minister from 2004 to 2005 and represented his traditional Govindpura Vidhan Sabha seat 10 times.

May his soul Rest In Peace.