The 5 Best Skyrim Special Edition PS4 and Xbox One mods

Skyrim Special Edition gives over 5700 mods to PS4 and Xbox One players. 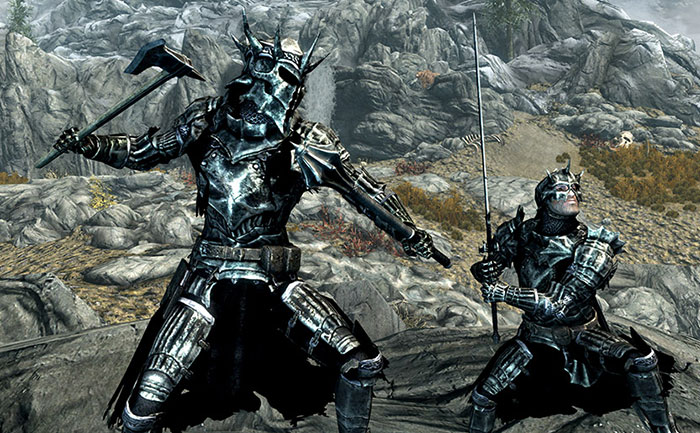 Best Skyrims Mods on PS4 and Xbox One: Skyrim Special edition has a lot to offer in the way of mods to both PS4 and Xbox One. Players can easily get the best Skyrim mods by going to the official website and downloading the mods to their PS4 or Xbox One. There are over 5700 Skyrim mods available for consoles. While some mods fix errors, there are some that bring forward new magic and weapons to the game. Some Skyrim mods even bring entirely new locations and quests to the table. Here we have put together a list of the 5 best Skyrim Special Edition mods on PS4 and Xbox one.

Best Skyrim Special Edition mods on PS4 and Xbox One

The Skyrim Special Edition True Vision ENB  mod allows PS4 and Xbox players to unlock the spectacular true colors. This basically means that the in-game colors will reflect reality more accurately. With brisk lighting effects, this Skyrim mods allows PS4 and Xbox One users to experience realistically bright days as well as realistically dark nights. A lot of these options can effect in-game performance so players should choose wisely.

The Apocalypse – Magic of Skyrim mod adds 155 new spells to the PS4 and Xbox player’s arsenal.There are five basic categories to these spells. The Alteration, Conjuration, Destruction, Illusion, and Restoration spells each have their different uses. Each individual spell has a lore attached to it. This mod also includes scrolls and staves for new spells.

The Skyrim Immersive armor and weapons mod allows PS4 and Xbox One players to enhance the variety of armors available in Skyrim. There is a lore behind every item for a more immersive game play experience. Players can also add new sets and individual items to the game through the Immersive Armors/Weapons mod.

The Realistic Needs and Diseases mod is exactly what it sounds like. This Skyrim mod brings a touch of realism to the PS4 and Xbox One player’s gaming experience. Food and Water become much more than quick health regeneration remedies. Players will need to eat regularly to avoid detrimental effects on health, stamina and mana regeneration. However, overeating will result in weight gain and affect character speed.

Sleep is also an important aspect with this mod. Players will need to sleep to avoid fatigue.They will also have to find a clean place to sleep as sleeping somewhere dirty can cause diseases. There is even a dirty bedroll disease included in the mod. Some diseases can have a recurring negative effect on character health and it is best to deal with them quickly.

NPCs are not very creative with their words and phrases in this game. PS4 and Xbox One players can now remedy that with the Skyrim Interesting NPCs mod. This mod uses over 80 voice actors to bring about unique dialogues and a lot of new NPCs to liven up the scenario. Players can also choose the approach they want to take while talking to a NPC. The responses will differ depending on whether players choose to talk humorously, menacingly, earnestly or deceitfully. Moreover, this mod also gives new followers, and NPCs to marry. There are also over 50 new quests available for players with this game.