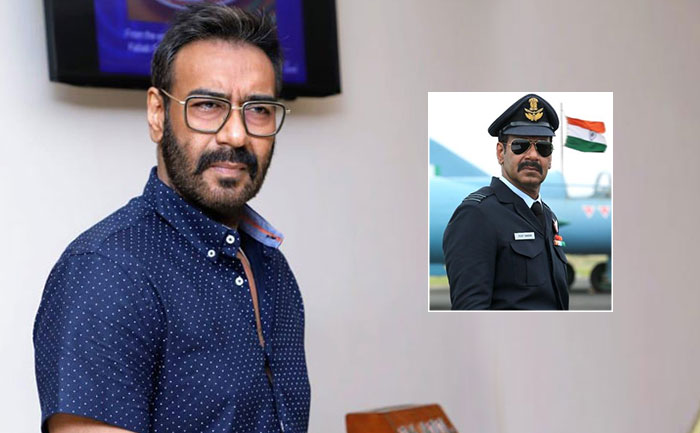 Bollywood’s Singham Ajay Devgn will be seen as an Indian Air Force (IAF) pilot in an upcoming release, Bhuj: The Pride Of India. The film revolves around the 1971 Indo-Pak War, Ajay will be seen essaying the role of Indian Air Force Officer Vijay Karnik. Karnik was in-charge of the Bhuj airbase during the war, which remained operational despite facing heavy bombing from Pakistan.

The makers are out with the first look of the Golmaal star as a New Year gift for fans. The look is shared by Director Abhishek Dudhaiya on Twitter.

Bhuj: The Pride Of India is all about the 1971 Indo-Pak war. The period drama looks back into the journey of 300 women from Madhapar village of Gujarat’s Kutch district, who played a pivotal role in helping India win the war. The women of the village came together to rebuild the only runway in Bhuj, which was crucial for the war.

On the work front, Ajay Devgn is currently gearing for the release of ‘Tanhaji: The Unsung Warrior’.