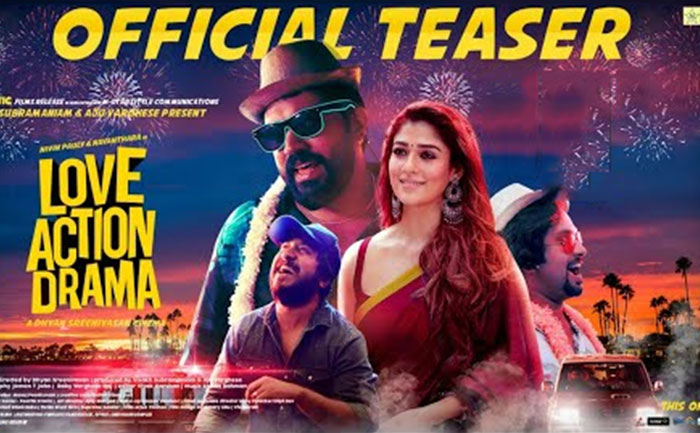 After sharing the character poster the makers are out with the teaser of the rom-com. Check out the teaser here:

The story of the movie has Nayanthara playing a Palakkad native, fluent in both Malayalam and Tamil. Nivin Pauly is playing Dineshan in the movie. Hailing from a well to do family, he strives to make it big all by himself.

In the teaser, we can see Nivin Pauly is seen as Dineshan who wishes to get married soon and meets Nayanthara in the process. Nayanthara as Sobha is gorgeous. The teaser seems to be packaged well and promises to be another winner.

‘Love Action Drama’ also features Sreenivasan, Urvashi, Aju Varghese, Dhanya Balakrishnan and director Antony Joseph playing pivotal roles in it. It is expected to hit the screens on the festival of Onam this year.