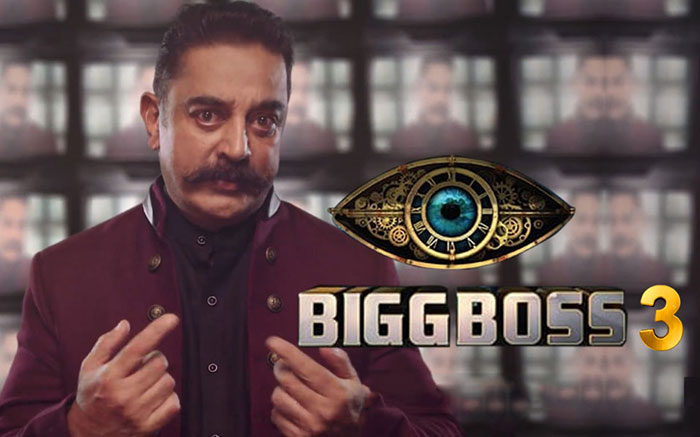 The third season of Bigg Biss Tamil Vote has started and the show has grabbed enough limelight. The Bigg Boss Tamil season 3 has been generating huge TRP due to some celebrities present in the Bigg Boss Tamil house. The makers of the show had earlier unveiled the complete list of the Bigg Boss Tamil Season 3contestants and it is truly spicy. In this year’s Bigg Boss more than 14 participants took part and seven of them are named Madhumitha, Meera Mithun, Cheran, Kavan, Sakshi Agarwal, Saravana and Fathima Babu are stated to be in the danger zone this week.

Similar to the first and second season of Bigg Boss Tamil, the inmates have been asked to take the names of two participants for the elimination with proper reasons inside a secret room. The inmate neither could choose their names nor the name of Mohan Vaidya, who got trolled for kissing Meera Mithun in one of the episodes.

Yes, similar to previous seasons, this year you have an opportunity to cast vote for Bigg Boss Tamil season 3 to save your favourite Bigg Boss Tamil contestants. Notably, Bigg Boss Tamil Vote can only be registered on the Hotstar app, yes the option of casting vote on Google’s website has been removed by the makers.

The third season of Bigg Boss Tamil airs on Vijay Television channel. The poll for the contestants are already on and you can your vote for your favourite one. The ongoing season of BB Tamil is being hosted by none other than Kamal Haasan. According to Bigg Boss Tamil rules and regulations, every week few contestants will be eliminated from the show and it is basically done by the number of votes they receive. To know more about Bigg Bos Tamil voting, rules & regulations, elimination, missed call number, eviction results and poll status, read the following information. As per Bigg Boss rules & regulation, every week few contestants will be nominated by Bigg Boss Tamil vote.

The makers of the show have just allotted a number and people can give 10 miss calls from one number in a week. You can check out the numbers below to save your favourite participants in Kamal Haasan-hosted show.

Each week the housemates will nominate the candidates for elimination. Notably, one person can only nominate 2 participants, later the viewers will vote from the nomination list available online. The contestant who receives a lesser number of votes will be eliminated from the house. Apart from Vijay Television, Bigg boss Tamil can also be watched online at Hotstar (Official Broadcaster).