Actress Kasthuri Shankar, who entered Bigg Boss Tamil 3 as a wild card entrant, has been eliminated from the Kamal Haasan show. 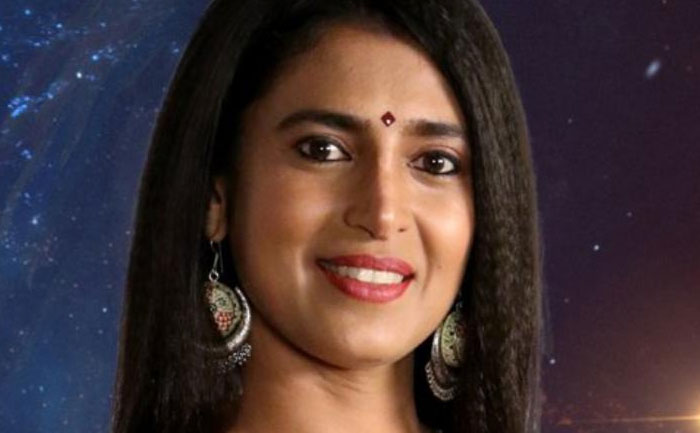 Kasthuri Shankar — who had got an entry in the house of Bigg Boss Tamil 3 — has ben eliminated this week from Kamal Haasan’s show. Yes, the actress whose entry promised a lot of fun and entertainment in the third season of Bigg Boss Tamil has finally come to an end. Thousands of her fans were left disappointed when the host evicted Kasthuri Shankar from the show this Sunday.

Following an announcement of her eviction, Kasthuri joined Kamal Haasan on the stage. The actor-turned-politician also allowed her to re-enter the show through the secret room. However, Kasthuri refused the offer leaving fans into a huge shock.

According to reports, the reason behind turning down the secret room offer was her children and family whom she is desperately missing. Along with Kaasthuri, Sandy, Tharshan and Cheran were nominated for evictions this week. Post Kasthuri’s eviction, Kamal Haasan informed fans that there would not be any eviction in the next week. Apparently, Sandy got the least number of votes after Kasthuri, which means he will really have to pull up his socks in the game now.

There are only 8 contestants left in the house of Bigg Boss Tamil 3 and now and there will be no eviction. Now, this is something that the contestants of the reality show are not aware of.