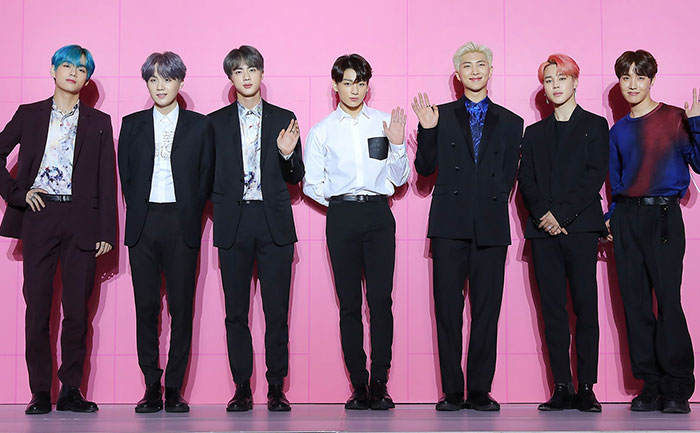 The K-Pop boy band BTS recently released its new album titled ‘MAP OF THE SOUL: 7’  and the seven-strong band held a global press conference. Unfortunately, the event got cancelled due to Coronavirus safety concerns but, instead would be held on YouTube live stream on February 24.

Big Hit Entertainment issued a statement on February 23, 2020, regarding the same on their official Twitter handle and said, “We have decided to fully cooperate with the government’s policy to refrain from holding events with a massive number of participants in order to prevent the spread of Coronavirus.”

Read the official statement by Big Hit Entertainment below:

As per the report on CNN, the Coronavirus death toll is at 2,465 worldwide, with over 79,930 cases globally. The New York Times also shared that the South Korean President Moon Jae-in has advanced the country’s alert level to “the highest in a decade,” indicating that the government can secure the cities and prevent visitants from China from entering the country.

Talking about the boy-band, their album ‘MAP OF THE SOUL: 7’ was released on February 21, 2020, and fans just can’t get enough of the music. BTS hit another milestone as they became the first Korean act in Billboard’s charts to see five different albums spend a year on the list.

Meanwhile, talking about the live stream press conference, it will be live-streamed on February 24 at 2 PM KST.