BTS’ Jimin Donates 1200 Tables To His Alma Mater In Busan

South Korean singer Jimin is reported to have donated 1200 tables and chairs to his alma mater in Busan. 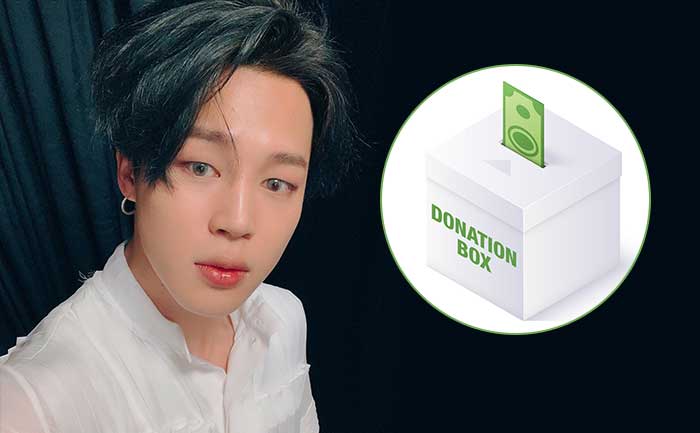 BTS member Jimin is known for his magnanimous side. The popular South Korean boys band’s member is reported to have made a sizeable donation to his alma matter Busan High School of Arts.

According to a report in the South Korean website, BTS’ Jimin has donated desks and chairs to 1200 students, who are studying in Busan High School of Arts. The report stated that Jimin never wanted his donation to be made public and that could be the reason why he has not posted any pictures and videos of the same on social media.

This is not the first time, Jimin has shown his generosity and made a thoughtful donation. Earlier, in April 2019, Jimin donated almost 100 million won which roughly translates to $87,914 to the Busan Metropolitan City office of Education aiming to help education development. According to reports, 30 per cent of the donation went to his alma mater.

The popular singer also gave out signed BTS albums to the 60 last graduates of a now-closed elementary school in Busan, and he provided 10 of those students with funds to buy their middle school uniforms.

Taking inspiration from Jimin, one of his clubs donated almost 10 million won (approximately $8,416) as Scholarship to the Busan High School of Arts last month, and the scholarship will be given to students in need who are studying dance, music, or art.

Jimin is not the only BTS member who gives back to the community, Jung Ho-Seok, who is popularly known by his stage name J-Hope donated £65,000 to a school to help female students belonging to low-income backgrounds.

According to a report published in Metro, the member of BTS had donated the mentioned amount through ChildFund Korea’s Gwangju Headquarters to Choontae Academy, an educational foundation that owns J-Hope’s old school.