Video Of Jungkook Crying At BTS’ Last U.S. Concert Will Leave You An Emotional Wreck 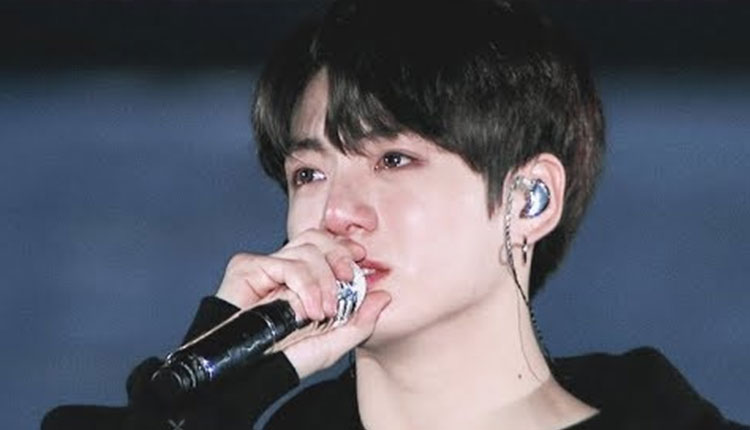 The Bangan Boys (BTS) has finally delivered their last performance on their record-setting Love Yourself: Speak Yourself tour and it was full of emotions. The seven members of South Korean Pop boys band BTS was on their first ever tour to the United States of America and they were managed to create a huge fans base in the US.

In three-hour long final US stop, BTS fans waved their Bangtan Bombs and watched RM, Suga, J-Hope, Jin, Jimin, V, and Jungkook making history. At the same concert, BTS member Jungkook was caught crying and the video of him performing in teary eyes will leave you emotional. CONFIRMED! Kim Yoo Jung To Feature In Upcoming Mystery Film ‘The Eighth Night’

The Month May turned out to be the blockbuster for BTS as they have won two Billboard Music Awards, Topped Show Music Core, and Social Artist and one for Top Duo/Group. They also performed for the first time in Los Angeles and followed by a series of events in New Jersey, Chicago and LA over the period of the last 14-days. BTS’s J-Hope Donates £65,000 To Provide Scholarships

Isn’t it pretty impressive? The moment BTS fans witnessed Jungkook wiping his tears on the stage they could not control their emotions and took to Twitter and other social media platforms to let all know how South Korean pop boys band were feeling about the last show.

i can take all the pain in this world but jungkook crying is something that i cant definitely not take pic.twitter.com/LEEpLqQTv1

JUNGKOOK IS CRYING NO OH MY GOD pic.twitter.com/E1FD1Snan1

There is no doubt, Jungkook performed from his hearts and soul. Following their performance, RM delivered the most inspirational speech at MetLife show about what it feels like for the group to be living out their dreams.

Keanu Reeves admits of having crush on Sandra Bullock