BTS to EXO- List of Kpop albums releasing in July

Here we take you through upcoming Kpop albums and mini-albums slated to be released in July. BTS to EXO several groups and singers to unleash interesting tracks this month 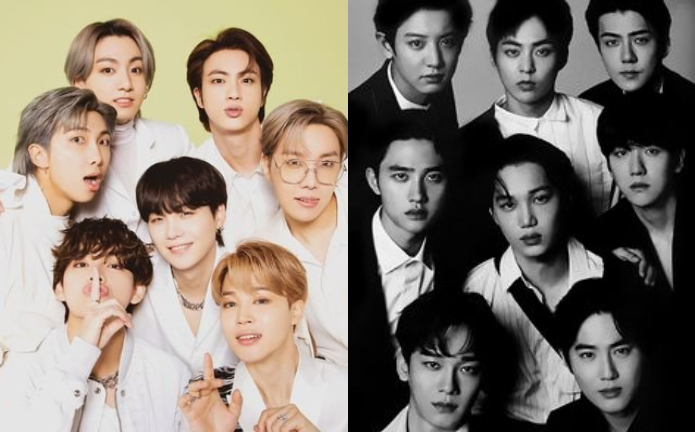 The Kpop industry has truly become a global phenomenon now and there are back-to-back interesting releases of late. From BTS, EXO, BlackPink, TWICE to many others, the girl groups and the boybands have garnered a global level fandom. There are interesting albums and mini-album scheduled to be released in July, 2021. Here we take you through the schedules of the upcoming Kpop songs.

1. KARD’s BM to have a digital triple single THE FIRST STATEMENT
2. DPR LIVE has pre-release of YELLOW CAB from his upcoming album IITE COOL

1. Super Junior’s Kyuhyun to release Together
2. SE9 is back with a  mini-album TURN OVER
3. DAY6(Even of Day)makes a unit comeback with the mini-album Right Through Me
4. (G)I-DLE’s Jeon Soyeon releases her first solo mini-album, Windy

Bangtan Boys (BTS) to release their CD version of the Butter, which also include new tracks

Baek A Yeon to drop her fifth mini-album, titled Observe

N.CUS to come back with their single album Unripe Love.

EXO’s D.O. to release his debut solo mini-album. He would be the sixth member to release solo songs from the group. He has also been busy with his movie projects. After completing his military services, he kickstarting shooting.

Are you looking forward to these releases? Do let us know. For more such updates, stay hooked on to The Live Mirror.

Aadhaar Card Update: How To Change Mobile Number In Aadhar?