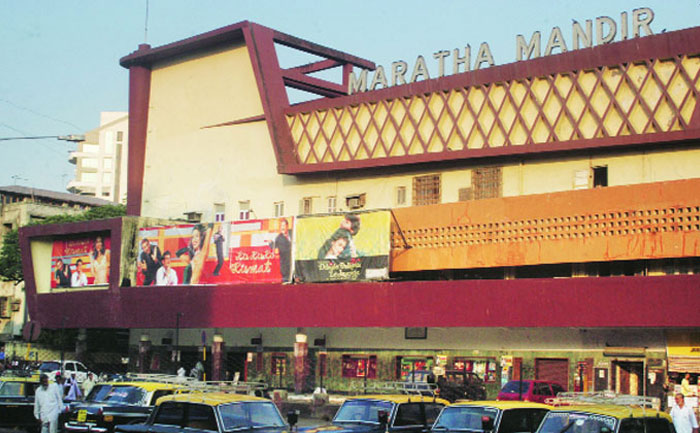 Shah Rukh Khan and Kajol starrer Dilwale Dulhanie Le Jayenge will be returning to Maratha Mandir theatre. As the cinema halls and multiplexes will reopen from November 5, 2020, after almost eight long months which was shut due to the ongoing Covid-19 pandemic. The Maharashtra Government has issued an order and said that with 50 percent seating capacity and with proper guidelines.

Speaking about the same, Rohan Malhotra, Vice President Distribution, Yash Raj Films, said, “As cinemas have been permitted to reopen in Mumbai, Yash Raj Films is thrilled to bring the longest-running film in the history of Indian Cinema, Dilwale Dulhania Le Jayenge, back to the silver screen at Maratha Mandir, Mumbai. The film has just completed 25 years and audiences can bank on the film to entertain themselves in these uncertain times by transporting them to the world of Raj and Simran.”

The longest running film and one of the most loved films will continue its run at Maratha Mandir from today, as theatres open in Maharashtra! ❤️@iamsrk @itsKajolD#DDLJ #ShahRukhKhan pic.twitter.com/wGH4sO6o2U

Recently, DDLJ completed 25 years, and even after so many years, it is one of the most loved films, this also marked the directorial debut of Aditya Chopra and it broke all the records. Meanwhile, Heart of London Business Alliance also revealed that a statue of Raj and Simran aka SRK and Kajol will be unveiled at Leicester Square in London in 2021.