Here's what Deepika Padukone has to say on being cast opposite Hrithik Roshan in Krrish 4. 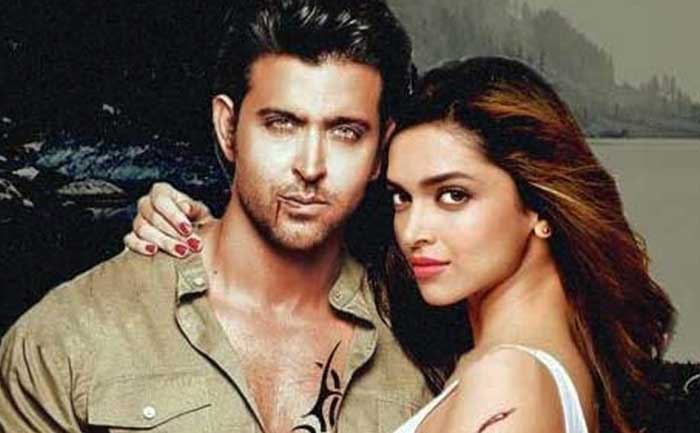 Bollywood actress Deepika Padukone, who was last seen in Chhapaak, is rumoured to have been roped in to play the lead role in Hrithik Roshan’s much-awaited flick, Krrish 4. In a recent interview with Hindustan Times, when the Padmaavat actress was asked if she is teaming up with Greek God aka Hrithik Roshan in Krrish 4, she refused to have been approached by Rakesh Roshan but expressed her desire to collab with Super 30 actor.

“That’s news to me! I haven’t heard that one before. Having said that, Hrithik (Roshan) is amazing and talented. As an actor, I would want to collaborate with him,” she said.

A few days back, Hrithik and Deepika attended a party where the former was seen feeding the cake to latter. The video of their adorable gesture went viral on the internet and since then their fans have been demanding them to collaborate for a project.

#Repost @hrithikrules_official with @get_repost ・・・ Deepika's wish comes true, Hrithik treats her to death by chocolate at @rohiniyer’s house! Death by chocolate from Korner House OR chocolate by the sexiest man of the decade Hrithik Roshan! We are sure, Deepika has a new favorite! #hrithikroshan #hrithik #deepikapadukone

When the actress was asked about that adorable video, Deepika stated that she had deliberately posted the video on the internet so the casting directors would get a wake-up call and cast them together in a movie.

Interestingly, Deepika Padukone was recently crowned Sexiest Asian Female of the decade in an online poll released in London while Hrithik Roshan was declared the Sexiest Asian Man in the world for the year 2019.

As per the media reports, Hrithik will play a double role in Krrish 4. Yes, you read it right. According to a report in The Asian Age, Super 30 actor is likely to play both the protagonist and antagonist in ‘Krrish 4’.

On the professional front, Deepika will next be seen in Kabir Khan’s 83 opposite Ranveer Singh.