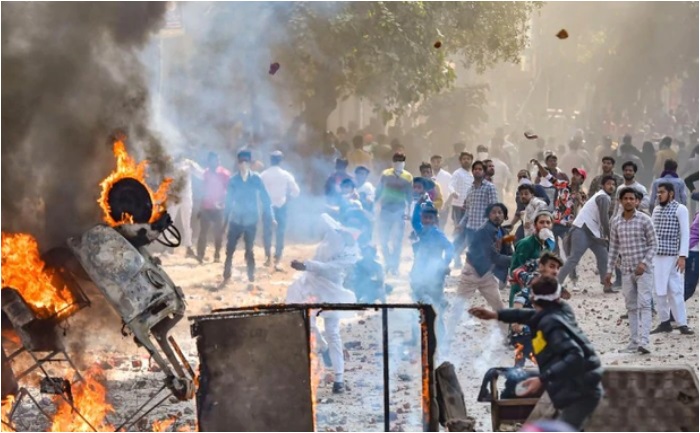 Five people, including a cop, were killed and around 50 were injured on Monday after violence broke out across northeast Delhi for the second time in less than 24 hours. Northeast Delhi continues to see intense violence this morning a day after protesters for and against the controversial citizenship law clashed and threw stones at each other, set vehicles and shops on fire.

Delhi Chief Minister Kejriwal has called an urgent meeting of MLAs and officials from the violence-hit areas. He tweeted, “I am very worried about the prevailing situation in certain parts of Delhi. All of us together should make all efforts to restore peace in our city. I again urge everyone to shun violence.”

Am v worried abt prevailing situation in certain parts of Del. All of us together shud make all efforts to restore peace in our city. I again urge everyone to shun violence

Around 20 police personnel were injured and have been hospitalized. Three firefighters have been injured after a group of people set a fire engine ablaze and threw stones at another. The Delhi government has ordered all private and government schools to be closed in the northeast Delhi district. Delhi Metro has closed the Jaffrabad, Maujpur-Babarpur, Gokulpuri, Johri Enclave and Shiv Vihar stations.

Large gatherings have been banned in northeast Delhi under Section 144. They have also been imposed outside Delhi Police Headquarters after calls for protest marches by the JNU Students Union.